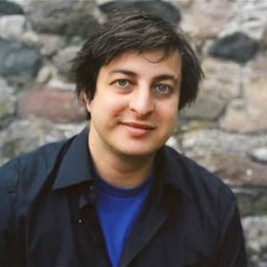 Businesses, Non-profit organizations, event planners and companies across the country have worked closely with our booking agents to hire Eugene Mirman for a speaking engagements, guest appearances, product endorsements and corporate events. Many of those same clients have continued to turn to our speakers bureau as we can easily align Eugene Mirman’s availability with their upcoming seminar, gala, annual conference, corporate function, and grand opening. Our close relationship with Eugene Mirman’s booking agent and management team further enables us to provide inquiring clients with Eugene Mirman’s speaking fee and appearance cost.

If your goal is to hire Eugene Mirman to be your next keynote speaker or to be the next brand ambassador our celebrity speakers bureau can assist. If Eugene Mirman’s booking fee is outside your companies budget or your unable to align with his appearance availability, our booking agents can provide you a list of talent that aligns with your event theme, budget and event date.

Eugene Mirman is a Russian comedian, writer, and film maker.

He has appeared on several TV shows, including Late Night with Conan O'Brien, Comedy Central's Premium Blend and Jump Cuts, VH1, Third Watch, Cartoon Network's Home Movies, Cheap Seats and more. He also served as producer for the Boston-area satirical newspaper The Weekly Week from 1997 to 1999.

In 2004 he released "The Absurd Nightclub Comedy of Eugene Mirman," a CD/DVD on Suicide Squeeze Records. The album was voted one of the Best Albums of 2004 by both The Onion and Time Out New York.

He is also known to often perform in rock clubs and theaters, as opposed to traditional comedy clubs. Often touring the United States, Mirman occasionally opens for the comedy troupe Stella.