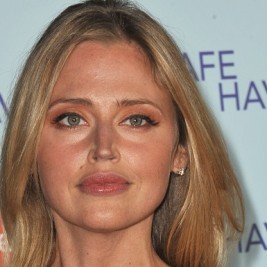 Businesses, Non-profit organizations, event planners and companies across the country have worked closely with our booking agents to hire Estella Warren for a speaking engagements, guest appearances, product endorsements and corporate events. Many of those same clients have continued to turn to our speakers bureau as we can easily align Estella Warren’s availability with their upcoming seminar, gala, annual conference, corporate function, and grand opening. Our close relationship with Estella Warren’s booking agent and management team further enables us to provide inquiring clients with Estella Warren’s speaking fee and appearance cost.

If your goal is to hire Estella Warren to be your next keynote speaker or to be the next brand ambassador our celebrity speakers bureau can assist. If Estella Warren’s booking fee is outside your companies budget or your unable to align with his appearance availability, our booking agents can provide you a list of talent that aligns with your event theme, budget and event date.

Estella Warren is a Canadian actress, fashion model, and a former synchronized swimmer. During her swimming career she was a member of the National Canadian Team and won 3 national titles. Since 1994 she has been modeling through publications such as Sports Illustrated as well as working for campaigns for such brands as Perry Ellis and Victoria's Secret. She later began a career as an actress, starring in such films as Tim Burton's 2001 re-adapted film Planet of the Apes as well as television roles in Law & Order, Law & Order: Special Victims Unit and Beauty and the Beast.

During a high school fashion show, a talent agent was present, spotted her and took a Polaroid of her and sent it to a New York City agency and her modeling career began. She has appeared in Sports Illustrated, Vogue, Vanity Fair, two TV commercials for Chanel No.5 perfume and was named Maxim Magazine's Hottest Woman in 2000.

Estella Warren has been in numerous movies, including 2001's Driven  and Planet of the Apes, 2003's Kangaroo Jack and the critically acclaimed The Cooler in the same year.

Her acting abilities have been showcased on the small screen, too. She appeared in That 70's Show in 2003; in Law & Order, and in its spinoff Special Victims Unit, both in 2005. Estella also appeared in "Ghost Whisperer", in an episode entitled, "On the Wings of a Dove", where she portrayed Alexis ("Lexi") Fogerty, which aired on November 11, 2005.

In 2006, Estella was featured in an INXS music video.