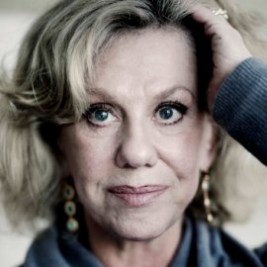 Businesses, Non-profit organizations, event planners and companies across the country have worked closely with our booking agents to hire Erica Jong for a speaking engagements, guest appearances, product endorsements and corporate events. Many of those same clients have continued to turn to our speakers bureau as we can easily align Erica Jong’s availability with their upcoming seminar, gala, annual conference, corporate function, and grand opening. Our close relationship with Erica Jong’s booking agent and management team further enables us to provide inquiring clients with Erica Jong’s speaking fee and appearance cost.

If your goal is to hire Erica Jong to be your next keynote speaker or to be the next brand ambassador our celebrity speakers bureau can assist. If Erica Jong’s booking fee is outside your companies budget or your unable to align with his appearance availability, our booking agents can provide you a list of talent that aligns with your event theme, budget and event date.

Born and raised in New York City, Erica Jong grew up on Manhattan's Upper West Side. After attending New York's prestigious High School of Music and Art, she went on to earn a Bachelor's Degree in English at Barnard College and an M.A. from Columbia University in 18th Century English Literature. She left Columbia before completing her Ph.D to write Fear of Flying. She later returned and attended the Columbia School of the Arts where she studied poetry with Stanley Kunitz and Mark Strand.

Over the course of her career, Jong has built up an impressive body of work that includes six volumes of poetry and eight works of fiction, including Fear of Flying; Fanny, Being the True History of the Adventures of Fanny Hackabout-Jones; Shylock's Daughter (formerly titled Serenissima); Inventing Memory; and her latest novel, Sappho's Leap. Several of her novels have been worldwide bestsellers. She also is the author of The Devil at Large, a memoir of Henry Miller, and Fear of Fifty, a "midlife memoir" in which she details her life as a member of "the whiplash generation," a generation of women "raised to be Doris Day, growing up wanting to be Gloria Steinem," and coping amid the widely diverging ideas of women's roles and expectations during the past four decades.

In 1973 Jong published Fear of Flying, the novel for which she is probably best known. The novel took the public by storm for its explicit treatment of women's sexuality, and was greeted with high praise from such prominent writers as John Updike and Henry Miller. InThe New Yorker, Updike wrote of the novel's "class, sass, brightness, and bite," noting that "[Chaucer's] Wife of Bath, were she young and gorgeous, neurotic and Jewish, urban and contemporary, might have written like this." Henry Miller predicted in The New York Times that "this book will make literary history, that because of it women are going to find their own voice and give us great sagas of sex, life, joy, and adventure." Published in over 35 languages, this modern classic has sold over 20 million copies worldwide. In 2003, the New American Library reissued a 30th anniversary edition of the groundbreaking novel.

In 1998 Jong was honored with the United Nations Award for Excellence in Literature. In addition, she has received Poetry magazine's Bess Hokin Prize for her poetry and the Deauville Award for Literary Excellence in France. In Italy she received the Sigmund Freud Award for Literature in 1975. Her works have appeared all over the world and are as popular in Eastern Europe, Japan, China, and Asia as they have been in the United States and Western Europe.

Jong is a board member of the Woodhull Institute, an organization dedicated to training women in assuming ethical leadership roles. She has taught literature and writing at The University of Maryland's Overseas Division, The City University of New York, The 92nd Street Y in Manhattan, The Breadloaf Writers Conference in Middlebury, Vermont, The Salzburg Seminar in Salzburg, Austria, Ben Gurion University in Beersheva, Israel, Bennington College, Marymount Manhattan College and her alma mater, Barnard College.

A musical production of Fanny is currently in preparation at the Manhattan Theatre Club.

Jong is the mother of Molly Jong-Fast, who is a novelist herself. Jong lives in New York City and Weston, Connecticut.