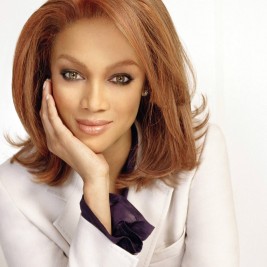 Businesses, Non-profit organizations, event planners and companies across the country have worked closely with our booking agents to hire Tyra Banks for a speaking engagements, guest appearances, product endorsements and corporate events. Many of those same clients have continued to turn to our speakers bureau as we can easily align Tyra Banks’s availability with their upcoming seminar, gala, annual conference, corporate function, and grand opening. Our close relationship with Tyra Banks’s booking agent and management team further enables us to provide inquiring clients with Tyra Banks’s speaking fee and appearance cost.

If your goal is to hire Tyra Banks to be your next keynote speaker or to be the next brand ambassador our celebrity speakers bureau can assist. If Tyra Banks’s booking fee is outside your companies budget or your unable to align with his appearance availability, our booking agents can provide you a list of talent that aligns with your event theme, budget and event date.

Tyra Banks was the first African-American to be featured on the covers of  GQ, and Sports Illustrated's swimsuit issue magazines. She now appears in a variety of magazines, commercials, and billboards and is most famous for her work as a Victoria's Secret model. Her modeling credits include runway and print work for CoverGirl, Swatch, Pepsi, Nike, XOXO, LensCrafters, Tommy Hilfiger, Ralph Lauren, McDonald's, Dolce & Gabbana, Yves Saint-Laurent, Chanel, Escada, Anna Sui, Liz Claiborne and Richard Tyler. Banks has appeared on international fashion magazine covers, including Vogue, ELLE, Amica, ELLEgirl, L'Officiel, Harper's Bazaar, Photo, Cosmopolitan and Sports Illustrated. Banks has participated in runway shows in Paris, Milan, Tokyo, London and the U.S. In 1997, she won the prestigious Michael Award for Supermodel of the Year.

Despite her immense success as a supermodel, Banks ventured from modeling to becoming a media personality after 2000. She is the host, head judge, and executive producer of the hit television show America's Next Top Model. Banks also acts as the patron for TZONE, a leadership program created by Banks for young girls that according to the organization, "reinforces core values of trust and support, challenges teen girls to resist negative social pressures, and enhances self-empowerment"inspiring girls to become confident leaders in their communities." She has also established the Tyra Banks Scholarship, a fund aimed at providing African-American girls the opportunity to attend her alma mater.

Banks' television career began on The Fresh Prince of Bel-Air, but she also appeared on Felicity and starred in an episode of MADtv. She hosted The Tyra Banks Show, a daytime talk show which features stories about everyday people mixed in with celebrity interviews.

Banks appeared in Michael Jackson's "Black or White" video. In total, she has three singles and one upcoming album of her own.She has had minor roles in many films over the years including: Higher Learning, Life-Size, Love Stinks, Coyote Ugly and Halloween: Resurrection.