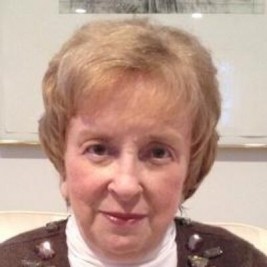 Businesses, Non-profit organizations, event planners and companies across the country have worked closely with our booking agents to hire Elizabeth Drew for a speaking engagements, guest appearances, product endorsements and corporate events. Many of those same clients have continued to turn to our speakers bureau as we can easily align Elizabeth Drew’s availability with their upcoming seminar, gala, annual conference, corporate function, and grand opening. Our close relationship with Elizabeth Drew’s booking agent and management team further enables us to provide inquiring clients with Elizabeth Drew’s speaking fee and appearance cost.

If your goal is to hire Elizabeth Drew to be your next keynote speaker or to be the next brand ambassador our celebrity speakers bureau can assist. If Elizabeth Drew’s booking fee is outside your companies budget or your unable to align with his appearance availability, our booking agents can provide you a list of talent that aligns with your event theme, budget and event date.

Elizabeth Drew has been one of the country's most knowledgeable and keen-eyed observers of the American political scene in the 40 years that she has written from the nation's capital.

She graduated Phi Beta Kappa from Wellesley College, where she majored in political science. Early in her career she wrote for Congressional Quarterly and then for Atlantic Monthly, the New York Times magazine, and other publications. She had a weekly television interviews program in the early 1970s before beginning a 20-year association with The New Yorker as a Washington correspondent. She was a panelist for the first presidential debate of the 1976 campaign and she was moderator of the Democratic candidates debate in the 1984 election.

She is a prolific author as well. She has written ten books, beginning with "Washington Journal," her account of the Watergate years, published in 1975. In 1994, she published the book "On The Edge: The Clinton Presidency," followed in 1996 by "Showdown: The Struggle Between the Gingrich Congress and the Clinton White House."

Her most recent book, published in the spring of 1997, is "Whatever It Takes: The Real Struggle for Political Power in America." Of it, the Los Angeles Times said:

"Elizabeth Drew, a Washington author, whose book, 'Politics and Money: The New Road to Corruption,' accurately predicted in 1983 the current fundraising scandals, has written a new book, 'Whatever It Takes,' that has become a prime source for the Senate Governmental Affairs Committee's probe into questionable fundraising in the 1996 elections by both Democrats and Republicans. Committee chairman Fred Thompson, Republican of Tennessee and ranking Democrat John Glenn of Ohio both have copies of the book with passages underlined."

She has won many awards, including the University of Missouri's Medal for Distinguished Service in Journalism, the Award For Excellence of the Society Magazine Writers, the DuPont Columbia Award, and the Edward Weintal prize for Diplomatic Reporting for her PBS commentaries during the Iran-Contra hearings.