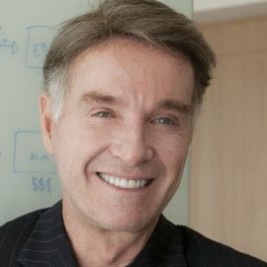 Businesses, Non-profit organizations, event planners and companies across the country have worked closely with our booking agents to hire Eike Batista for a speaking engagements, guest appearances, product endorsements and corporate events. Many of those same clients have continued to turn to our speakers bureau as we can easily align Eike Batista’s availability with their upcoming seminar, gala, annual conference, corporate function, and grand opening. Our close relationship with Eike Batista’s booking agent and management team further enables us to provide inquiring clients with Eike Batista’s speaking fee and appearance cost.

If your goal is to hire Eike Batista to be your next keynote speaker or to be the next brand ambassador our celebrity speakers bureau can assist. If Eike Batista’s booking fee is outside your companies budget or your unable to align with his appearance availability, our booking agents can provide you a list of talent that aligns with your event theme, budget and event date.

Eike Batista, the richest man in Brazil is one of the most promising entrepreneurs of the world. With a total net worth of over 30 billion dollars, Batista ranks on number 7 among the world’s richest magnates.

Batista was born on 3rd November 1956 in Minas Gerais, Brazil. He spent most of his childhood in Europe. He attended RWTH Aachen University to study metallurgical engineering but dropped out before completing the degree. The time he spent alone in Europe taught him some valuable lessons of discipline and self-esteem that contributed to his entrepreneurial success. Upon his return to Brazil in early 1980s he showed serious interest in diamond and gold trades. At 23 he had started his own gold trading firm ‘Autram Aurem’ that made profits of 6 million dollars in just a year and a half. Batista marked the beginning of his EBX group in Amazon with his first mechanized alluvial gold mining plant. Six years later he was the CEO of TVX Gold which was listed on the Canadian Stock Exchange.

Batista created eight gold mines in Brazil and Canada along with silver mine in Chile. EBX currently has its assets in nine Brazilian states. Because of his entrepreneurial skills and immense talent he was able to build the EBX Empire which also reflected his deep understanding of his country’s strengths and weaknesses. In an interview with New York Times he called Brazil his race horse that has the riches that America had at the beginning of the century. His oil and gas firm OGX, established in 2007, made him extremely rich. It is the biggest private oil company in Brazil, raising a record 4.3 billion dollars in the 2008 listings.

Batista did not receive any inherited wealth. He is a self-made man who built his wealth because of his own vision and boldness and his ability to develop and build important connections. Batista refers to himself as the ‘truffle sniffing Labrador’. His oil well tests of OGX found oil 85% of the time and he got fortunate 8 times during his gold mining days. He has also reported to have said that he is hoping to accumulate approximately 100 billion during the next decade. His company is planning to make a ‘superport’ in Rio de Ganeiro by 2013 that will be a hub where import and export of minerals and oil will take place.

He proudly shows off his wealth travelling the world in his $61 million Gulfstream jet and with the $1 million Mercedes McLaren displayed in his lounge. He is a risk taker who finds luck in almost everything he does. He was listed in the ’50 most influential people in global finance’ list in Bloomberg Markets magazine that claims that they only focus on people ‘whose comments move markets; whose deals set the value of companies or securities; whose ideas and policies shape corporations, governments and economies’.