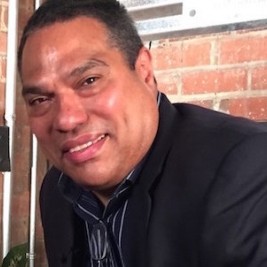 If your goal is to hire Eduardo Bonilla Silva to be your next keynote speaker or to be the next brand ambassador our celebrity speakers bureau can assist. If Eduardo Bonilla Silva’s booking fee is outside your companies budget or your unable to align with his appearance availability, our booking agents can provide you a list of talent that aligns with your event theme, budget and event date.

Eduardo Bonilla-Silva is Professor and Chair of the Sociology department at Duke University. Professor Bonilla-Silva gained visibility in the social sciences with his 1997 American Sociological Review article, “Rethinking Racism: Toward a Structural Interpretation,” where he challenged social analysts to analyze racial matters from a structural perspective rather than from the sterile prejudice perspective.

His research has appeared in journals such as Sociological Inquiry, Racial and Ethnic Studies, Race and Society, Discourse and Society, American Sociological Review, Journal of Latin American Studies, Contemporary Sociology, Critical Sociology, Research in Politics and Society, The Annals of the American Academy of Political and Social Science, and Political Power and Social Theory among others. To date he has published five books, namely, White Supremacy and Racism in the Post-Civil Rights Era (co-winner of the 2002 Oliver Cox Award given by the American Sociological Association), Racism Without Racists: Color-Blind Racism and the Persistence of Racial Inequality in the United States (2004 Choice Award) (this book appeared in 2006 in second expanded and revised edition and, again, in 2009 with a long chapter examining the Obama phenomenon), White Out: The Continuing Significance of Racism (with Ashley Doane), in 2008 White Logic, White Methods: Racism and Social Science (with Tukufu Zuberi and also the co-winner of the 2009 Oliver Cox Award), and in 2011 State of White Supremacy: Racism, Governance, and the United States (with Moon Kie Jung and João H. Costa Vargas).