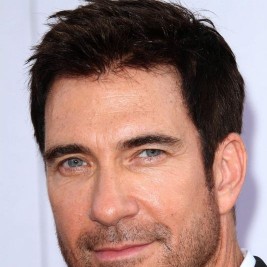 If your goal is to hire Dylan McDermott to be your next keynote speaker or to be the next brand ambassador our celebrity speakers bureau can assist. If Dylan McDermott’s booking fee is outside your companies budget or your unable to align with his appearance availability, our booking agents can provide you a list of talent that aligns with your event theme, budget and event date.

Dylan McDermott is an American actor. He is known for his role as lawyer and law firm head Bobby Donnell on the legal drama series The Practice, which earned him a Golden Globe Award for Best Performance by an Actor in a Television Series – Drama and a nomination for the Primetime Emmy Award for Outstanding Lead Actor in a Drama Series.

In May 2013, McDermott launched his first Photography Exhibition in Montreal, Quebec at Avenue Art Gallery as part of a collaboration with Art Agent, Marina Cutler. The Exhibition titled THE DYLAN PROJECT, MAKE SOME NOISE! tied his support for The V-Day Organization and love of photography together as the project is a way to bring attention and funds to this organization that supports women in various ways who have suffered violent acts of aggression. McDermott and Cutler have plans to bring THE DYLAN PROJECT to other locations. In 2014, McDermott began starring on the CBS television series Stalker in one of the lead roles, portraying Detective Jack Larsen opposite Maggie Q.