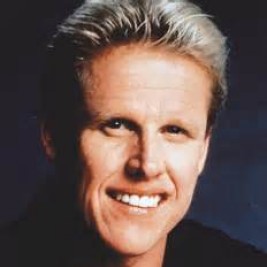 Businesses, Non-profit organizations, event planners and companies across the country have worked closely with our booking agents to hire Gary Busey for a speaking engagements, guest appearances, product endorsements and corporate events. Many of those same clients have continued to turn to our speakers bureau as we can easily align Gary Busey’s availability with their upcoming seminar, gala, annual conference, corporate function, and grand opening. Our close relationship with Gary Busey’s booking agent and management team further enables us to provide inquiring clients with Gary Busey’s speaking fee and appearance cost.

If your goal is to hire Gary Busey to be your next keynote speaker or to be the next brand ambassador our celebrity speakers bureau can assist. If Gary Busey’s booking fee is outside your companies budget or your unable to align with his appearance availability, our booking agents can provide you a list of talent that aligns with your event theme, budget and event date.

Busey attended Pittsburg State University in Pittsburg, Kansas, where he became interested in acting. He is listed as one of the university's "outstanding alumni." He then transferred to Oklahoma State University, where he quit school one class short of graduation.

On December 4, 1988, Busey was severely injured in a motorcycle accident in which he was not wearing a helmet. His skull was fractured and doctors feared he suffered permanent brain damage. Busey recovered and encouraged all cyclists to wear helmets.

Busey had been a heavy drug user and in 1995 almost died from a cocaine overdose. Only prompt medical attention saved his life; he narrowly escaped going to jail. Busey reported that he suffered a terrifying near-death experience in which he saw hell and the devil. He announced he had become a born-again Christian, joined Promise Keepers and preached against drug abuse.

He has coined several "Buseyisms." For example, the word "sober" becomes "Son Of a Bitch! Everything's Real," while "doubt" becomes "Debating On Understanding Bewildering Thoughts." "Romance" becomes "Relying On Magnificent And Necessary Compatible Energy." On July 19, 2005, he appeared on The Tonight Show with Jay Leno and gave an extended explanation of his phrase "hidden reality revealed."

Gary Busey began his show-business career as a drummer in "The Rubber Band". He appears on several Leon Russell recordings, credited as playing drums under the name 'Teddy Jack Eddy', a character he created when he starred in a local television comedy show called Mazeppa in Tulsa, Oklahoma, and appeared in television guest roles. He was the last person killed on the last episode of Gunsmoke.

Busey continued to play several small roles in both film and television during the 1970s. In 1978, he starred as Buddy Holly in The Buddy Holly Story, for which he received an Oscar nomination for Best Actor.

During the 1980s, Busey's roles included D.C. Cab, Silver Bullet (adapted from Cycle of the Werewolf by Stephen King), and Lethal Weapon. In the 1990s, he appeared in Predator 2, Point Break, Under Siege, and The Firm.

In 2003, Busey was the star of a bizarre but shortlived Comedy Central show about his day-to-day activities. The show was titled "I'm with Busey."

In 2005, Busey played a fictional version of himself as a guest voice on The Simpsons. Appearing in a police information video, Busey explains restraining orders to the viewer, peppering his lecture with bouts of loud laughter. In the video, he claims that the reason he knows so much about restraining orders is because he has been the subject of twelve of them for the crime of "being too real".

In 2006, Busey played a lead role in the controversial Turkish action film Valley of the Wolves Iraq as a Jewish doctor conspiring with renegade American soldiers in occupied Iraq to steal the organs from slain or captured Iraqis and sell them on the black market. Busey's role in the film has been criticized in American media outlets and by the government of Germany for being anti-Semitic. Busey's attorney defended him on constitutional grounds, noting "There is something in this country called the First Amendment that protects freedom of expression," "I hope we are not returning to the McCarthy era," and added "If Gary played a rapist in a movie, would anyone believe him to be an actual rapist? He is an actor, not a politician."