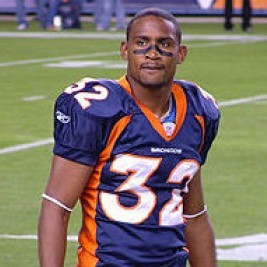 Businesses, Non-profit organizations, event planners and companies across the country have worked closely with our booking agents to hire Dre Bly for a speaking engagements, guest appearances, product endorsements and corporate events. Many of those same clients have continued to turn to our speakers bureau as we can easily align Dre Bly’s availability with their upcoming seminar, gala, annual conference, corporate function, and grand opening. Our close relationship with Dre Bly’s booking agent and management team further enables us to provide inquiring clients with Dre Bly’s speaking fee and appearance cost.

If your goal is to hire Dre Bly to be your next keynote speaker or to be the next brand ambassador our celebrity speakers bureau can assist. If Dre Bly’s booking fee is outside your companies budget or your unable to align with his appearance availability, our booking agents can provide you a list of talent that aligns with your event theme, budget and event date.

Dre Bly was born May 22, 1977 and is a former American college and professional football player who was a cornerback in the National Football League for eleven seasons. He played college football for the University of North Carolina (UNC), and earned All-American honors twice. Bly was drafted by the St. Louis Rams in the second round of the 1999 NFL Draft, and spent four seasons with the Rams, earning a Super Bowl ring with them from Super Bowl XXXIV. He was selected to two Pro Bowls during his four-year tenure with the Detroit Lions, and also played for the Denver Broncos and San Francisco 49ers.

The St. Louis Rams selected Bly in the second round of the 1999 NFL Draft. Bly started his career in St. Louis, playing there for four years. While with the Rams, Bly received a Super Bowl ring for Super Bowl XXXIV, and appeared two years later in Super Bowl XXXVI, when the Rams lost to the New England Patriots.

In 2003, Bly left the St. Louis Rams and signed as a free agent with the Detroit Lions. He made the Pro Bowl in two of his seasons with the team. Bly was the 2003 recipient of the Detroit Lions/Detroit Sports Broadcasters Association/Pro Football Writers Association's Media-Friendly "Good Guy" Award. The Good Guy Award is given yearly to the Detroit Lions player who shows consideration to, and cooperation with the media at all times during the course of the season. On November 29, 2005, the day after Lions head coach Steve Mariucci was fired, Bly told the NFL Network that if their back-up quarterback, Jeff Garcia, had been healthy the entire season, the Lions would be in a better situation, and Mariucci would still be coaching the team. He has since apologized, albeit not to Joey Harrington, the Lions starting quarterback that season.

On March 1, 2007, Bly was traded by the Detroit Lions to the Denver Broncos for running back Tatum Bell, offensive tackle George Foster, and a 5th round draft pick. On March 28, 2007, the Denver Broncos and Bly agreed to a 5-year, $33 million contract. The contract included $18 million in bonus money and $16 million guaranteed. Bly finished the 2007 season as the Broncos leader in interceptions with five. The Broncos restructured Bly's contract on February 18, 2008 to free up salary cap space and keep Bly on the team. As of December 1, 2008, Dre Bly had a total of 98 Tackles and 7 Interceptions with the Broncos. The Broncos released Bly on February 17, 2009.