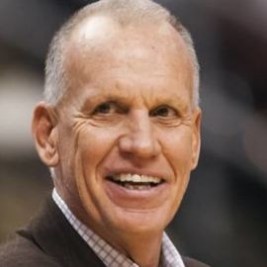 Businesses, Non-profit organizations, event planners and companies across the country have worked closely with our booking agents to hire Doug Collins for a speaking engagements, guest appearances, product endorsements and corporate events. Many of those same clients have continued to turn to our speakers bureau as we can easily align Doug Collins’s availability with their upcoming seminar, gala, annual conference, corporate function, and grand opening. Our close relationship with Doug Collins’s booking agent and management team further enables us to provide inquiring clients with Doug Collins’s speaking fee and appearance cost.

If your goal is to hire Doug Collins to be your next keynote speaker or to be the next brand ambassador our celebrity speakers bureau can assist. If Doug Collins’s booking fee is outside your companies budget or your unable to align with his appearance availability, our booking agents can provide you a list of talent that aligns with your event theme, budget and event date.

Doug Collins was born July 28, 1951 and is a retired American basketball player. He was the top pick of the 1973 NBA Draft and a four-time NBA All-Star. He is currently the head coach of the NBA's Philadelphia 76ers.

On May 21, 2010, Collins was hired as head coach of the Philadelphia 76ers. While the 76ers initially started out poorly at a record of 3-13, the team showed improvement as the season went on, and clinched the seventh seed in the Eastern Conference for the NBA Playoffs. Under Collins, the team increased its win total by fourteen over the 2009-10 season, and made their third playoff appearance in four years.

In the 2011-2012 season, Collins led the Sixers to their first playoff series victory since 2003. They took the next series against Boston to a game 7 but lost.