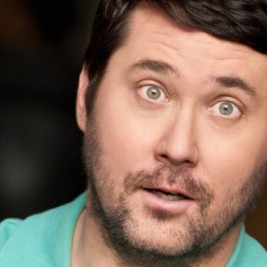 Businesses, Non-profit organizations, event planners and companies across the country have worked closely with our booking agents to hire Doug Benson for a speaking engagements, guest appearances, product endorsements and corporate events. Many of those same clients have continued to turn to our speakers bureau as we can easily align Doug Benson’s availability with their upcoming seminar, gala, annual conference, corporate function, and grand opening. Our close relationship with Doug Benson’s booking agent and management team further enables us to provide inquiring clients with Doug Benson’s speaking fee and appearance cost.

If your goal is to hire Doug Benson to be your next keynote speaker or to be the next brand ambassador our celebrity speakers bureau can assist. If Doug Benson’s booking fee is outside your companies budget or your unable to align with his appearance availability, our booking agents can provide you a list of talent that aligns with your event theme, budget and event date.

Doug Benson is an American comedian who has appeared on Comedy Central Presents, The Marijuana, Best Week Ever and most recently as a contestant on Last Comic Standing.

He also has a sitcom script in development at FOX and makes regular contributions to the MR. SHOW website, bobanddavid.com. He has appeared on numerous television shows, including The Late Late Show with Craig Kilborn and Premium Blend. As an actor you may have seen him on Friends and Curb Your Enthusiasm.

In 2007, he starred in the film Super High Me, a documentary about marijuana usage. Benson also currently hosts the popular Doug Loves Movies podcast along with his weekly marijuana video podcast show Getting Doug With High. His Comedy Central series The Benson Interruption ended its first season in December 2010 and was turned into a monthly podcast in January 2011.