Search Devon Sawa
Devon can recently be seen for his role which has led him to be in 4 episodes so far with many more to come! 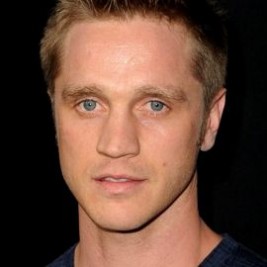 Businesses, Non-profit organizations, event planners and companies across the country have worked closely with our booking agents to hire Devon Sawa for a speaking engagements, guest appearances, product endorsements and corporate events. Many of those same clients have continued to turn to our speakers bureau as we can easily align Devon Sawa’s availability with their upcoming seminar, gala, annual conference, corporate function, and grand opening. Our close relationship with Devon Sawa’s booking agent and management team further enables us to provide inquiring clients with Devon Sawa’s speaking fee and appearance cost.

If your goal is to hire Devon Sawa to be your next keynote speaker or to be the next brand ambassador our celebrity speakers bureau can assist. If Devon Sawa’s booking fee is outside your companies budget or your unable to align with his appearance availability, our booking agents can provide you a list of talent that aligns with your event theme, budget and event date.

Devon Edward Sawa was born on September the 7th, 1978, in beautiful Vancouver BC, Canada. His father, Edward, is of Polish descent, and his mother, Joyce, is Canadian. Devon is the eldest of the couples three children, Brandon, and Stephanie. His hair is naturally blonde, and eyes are blue. He stands just about 6ft tall.

Being a very energetic child, Devon needed to channel his energy into a hobby. That is when his mother enrolled him in acting classes! His first role was in a play called The Magical Toy, in which he played the toy. He was then only 5 years old, in kindergarten. His parents later enrolled him in an acting school, and he began to take on roles in local productions.At age 15, Devon took on the role of Casper, in the 1995 self-titled movie. This was Devon's first major role, and the beginning of his mainstream career.

Two years and four major movies later, Devon is cast in Wild America, the hottest teen movie of summer 1997. His fame then skyrockets, and this is also when he decides to move to L.A. to land more roles. He also starts to express his wild side by getting two tattoos, a cross and a devil, one on each bicep.After taking a long break to cope with the sudden success, Devon is cast in some low-key productions, The Guilty, and Around The Fire. In 1999, he stars in Idle Hands, however, the horror flick sadly coincided with the Columbia shootings.Even though by then, he had done few major movies, it was clear that he demonstrated incredible talent, and in 2000 he landed his biggest role to date: Final Destination.

The film became a household name, and was the first of many sequels.Sadly, he did not star in the others; rumors mention that they had financial issues. Those who follow the sequels can easily tell that it does not relate to the essential concept of the movies (everyone dies!).Taking a break from the horror scene, Devon stars in a crude comedy, Slackers, in 2001. Extreme Ops (2002), and the hilarious Extreme Dating (2004) then follow. During this time, he gets engaged to his longtime girlfriend Jessica. However, it is still unknown as to what became of their status.Devon took a very long break this time around, but lent his voice in an animated Spider-Man episode on MTV (2003), was cast in Shooting Gallery (2005), and a few horror flicks such as Devils Den (2006) and Creatures of Darkness (2009).

He was in Random Walk. We are awaiting word on when it will be out on DVD. Devon was also seen in an episode of NCIS. He has three movies lined up: 388 Arletta Avenue, which is hitting film festival circuits. Then there is, Sibling and The Philly Kid. Fans can look forward to seeing him in many projects in the near future!