Search Denee Benton
Actress and Singer Best Known for her Roles in the Lifetime Series "UnREAL" and in the Broadway Musical "Natasha, Pierre, & The Great Comet of 1812" 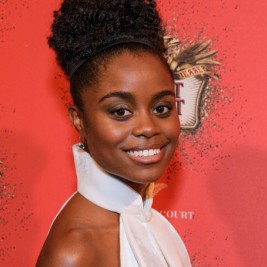 Businesses, Non-profit organizations, event planners and companies across the country have worked closely with our booking agents to hire Denee Benton for a speaking engagements, guest appearances, product endorsements and corporate events. Many of those same clients have continued to turn to our speakers bureau as we can easily align Denee Benton’s availability with their upcoming seminar, gala, annual conference, corporate function, and grand opening. Our close relationship with Denee Benton’s booking agent and management team further enables us to provide inquiring clients with Denee Benton’s speaking fee and appearance cost.

If your goal is to hire Denee Benton to be your next keynote speaker or to be the next brand ambassador our celebrity speakers bureau can assist. If Denee Benton’s booking fee is outside your companies budget or your unable to align with his appearance availability, our booking agents can provide you a list of talent that aligns with your event theme, budget and event date.

Television audiences were introduced to Denée Benton in the role of Ruby Carter, the outspoken yet somewhat naive reality show contestant in the Emmy-nominated Lifetime series, UnREAL (2015). In just over two years since graduating from Carnegie Mellon University in 2014, Benton will be making her Broadway debut in the titular role of Natasha opposite Josh Groban in "Natasha, Pierre & The Great Comet of 1812" at the Imperial Theatre in October 2016. She is reprising the role she played at Boston's American Repertory Theater the previous winter. Benton has also starred as Nabulungi in the West End production of "The Book of Mormon" as well as its U.S. national tour.