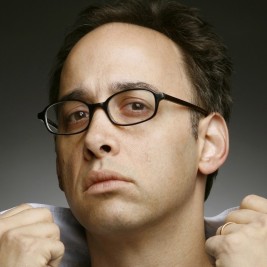 Businesses, Non-profit organizations, event planners and companies across the country have worked closely with our booking agents to hire David Wain for a speaking engagements, guest appearances, product endorsements and corporate events. Many of those same clients have continued to turn to our speakers bureau as we can easily align David Wain’s availability with their upcoming seminar, gala, annual conference, corporate function, and grand opening. Our close relationship with David Wain’s booking agent and management team further enables us to provide inquiring clients with David Wain’s speaking fee and appearance cost.

If your goal is to hire David Wain to be your next keynote speaker or to be the next brand ambassador our celebrity speakers bureau can assist. If David Wain’s booking fee is outside your companies budget or your unable to align with his appearance availability, our booking agents can provide you a list of talent that aligns with your event theme, budget and event date.

David Wain is a New York-based director, writer and performer.

In 2005, David Wain was a co-star, executive producer, co-writer and director of the Comedy Central series Stella. Stella follows the "Modern Day Marx Brothers" adventures of him, Michael Showalter and Michael Ian Black. In addition to the TV series, the Stella live stage show plays to sold out audiences all across the country and aired on Comedy Central as a special. The twenty-six "Stella Shorts" are collected on a popular DVD. A new Stella "Live in Boston" DVD will be released in 2009.

In 1988 David Wain joined the comedy troupe THE STATE, and together they created an award winning and critically acclaimed MTV series. The State also did a special for CBS, a book for Hyperion Press, an album for Warner Brothers, toured the United States, and performed their sketch show Molt Off-Broadway. In addition to directing over eighty short films for The State, David Wain served as cast member, supervising producer, writer and editor. The State had a reunion show in San Fransisco in 2009 and plans to release the MTV series on DVD.

On television, David Wain has written, directed and/or performed on shows such as Mad TV, Cosby, You Wrote It You Watch It, Idiot Savants, Best Week Ever, Random Play, Retroflix Live, I Love the 70’s, Tim & Eric's Awesome Show, Sheep in the Big City, The Daily Show, Crank Yankers and Strangers With Candy. As an actor, David Wain appears in the feature films Bamboozled, Keeping the Faith, The Baxter, Delirious, The Guitar and I Love You, Man. David Wain is the voice of "The Warden" on the Adult Swim series SuperJail.

David Wain grew up in Shaker Heights Ohio and graduated from NYU film school. He lives in New York with his wife and son.