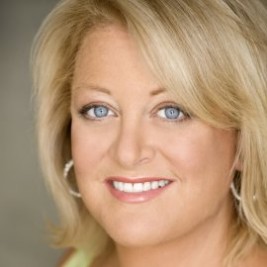 Businesses, Non-profit organizations, event planners and companies across the country have worked closely with our booking agents to hire Deborah Voigt for a speaking engagements, guest appearances, product endorsements and corporate events. Many of those same clients have continued to turn to our speakers bureau as we can easily align Deborah Voigt’s availability with their upcoming seminar, gala, annual conference, corporate function, and grand opening. Our close relationship with Deborah Voigt’s booking agent and management team further enables us to provide inquiring clients with Deborah Voigt’s speaking fee and appearance cost.

If your goal is to hire Deborah Voigt to be your next keynote speaker or to be the next brand ambassador our celebrity speakers bureau can assist. If Deborah Voigt’s booking fee is outside your companies budget or your unable to align with his appearance availability, our booking agents can provide you a list of talent that aligns with your event theme, budget and event date.

Deborah Voigt is increasingly recognized as one of the world’s most versatile singers and one of music’s most endearing personalities. Through her performances and television appearances, she is known for the singular power and beauty of her voice, as well as for her captivating stage presence. Having made her name as a leading dramatic soprano, she is internationally revered for her performances in the operas of Wagner, Strauss, and more, and is also an active recitalist and performer of Broadway standards and popular songs. Besides boasting an extensive discography, she appears regularly as both performer and host in the Metropolitan Opera’s Live in HD series, which is transmitted live to movie theaters around the world.

The 2014-15 season sees one of Voigt’s most personal projects come to fruition, with HarperCollins’s publication of her candid, funny, and soul-baring memoir Call Me Debbie: True Confessions of a Down-to-Earth Diva. She returns to the opera house, reprising her star turn in Francesca Zambello’s Salome for her Dallas Opera debut; making her title role debut in a new staging of The Merry Widow at Michigan Opera Theater; and undertaking the roles of Elisabeth and Venus in Tannhäuser at the Hamburg State Opera—her first time singing both parts in the same production. In concert, she headlines the Las Vegas Philharmonic’s opening-night gala and season-closing events at both the Pacific Symphony and the University of Southern Mississippi Symphony, which she joins for An Evening with Deborah Voigt. As WQXR’s inaugural Susan W. Rose Artist-in-Residence, she co-hosts the opening-night broadcast of Carnegie Hall Live, hosts the classical station’s new fall series The Sopranos with Debbie Voigt; hosts and performs at the New York Public Radio Gala; and co-hosts a number of opera events and masterclasses at WQXR’s Jerome L. Greene Performance Space. Meanwhile, as returning Artist-in-Residence at the Washington National Opera, the beloved soprano continues mentoring young singers in the company’s Domingo-Cafritz Young Artist Program.

Last season, Voigt hosted the San Francisco benefit concert for Sing With Haiti, to aid the rebuilding of Haiti’s Holy Trinity Music School, destroyed in the earthquake of 2010. Under James Levine’s leadership, she made her role debut as Marie in Berg’s Wozzeck, opposite Thomas Hampson at the Met. Recitals took her to cities across the U.S., including Boston, Miami, Fort Worth, Kansas City, MO, Palm Desert, Stanford, and Sonoma, and she reprised Voigt Lessons, the one-woman show she developed with award-winning playwright Terrence McNally and director Francesca Zambello, in Boston’s Celebrity Series. In concert, she collaborated with the Mormon Tabernacle Choir, Orchestre de la Suisse Romande, and Zurich’s Tonhalle Orchestra, and made a pair of special guest appearances, duetting with singer-songwriter Rufus Wainwright at London’s BBC Proms, and joining Broadway star Kristin Chenoweth for a medley of music and comedy at Carnegie Hall.

A devotee of Broadway and American song, Voigt has given acclaimed performances of popular fare, including benefit concerts for Broadway Cares/Equity Fights AIDS and New York Theatre Workshop. She has sung with Barbara Cook and Dianne Reeves at the Hollywood Bowl, and given performances in Lincoln Center’s long-running American Songbook series, singing Broadway and popular standards. In the summer of 2011 Voigt won praise as Annie Oakley at the Glimmerglass Festival in Cooperstown, headlining both Irving Berlin’s beloved Annie Get Your Gun and her own Voigt Lessons. Millions of viewers heard Voigt sing “America the Beautiful” on NBC’s nationwide broadcast of Macy’s Independence Day fireworks show in 2004, and later that year they witnessed her majestic ride down Broadway in Macy’s Thanksgiving Day parade. She has also been profiled by many important national media outlets, such as CBS’s 60 Minutes, Good Morning America, and Vanity Fair.

Voigt studied at California State University at Fullerton. She was a member of San Francisco Opera’s Merola Program and won both the Gold Medal in Moscow’s International Tchaikovsky Competition and First Prize at Philadelphia’s Luciano Pavarotti International Voice Competition. A Chevalier dans l’Ordre des Arts et des Lettres, she was Musical America’s Vocalist of the Year 2003, won a 2007 Opera News Award for distinguished achievement, and in 2009 received an Honorary Doctorate from the University of South Carolina. Known to Twitter fans as a “Dramatic soprano and down-to-earth Diva,” Voigt was named by the Los Angeles Times as one of the top 25 cultural tweeters to follow.