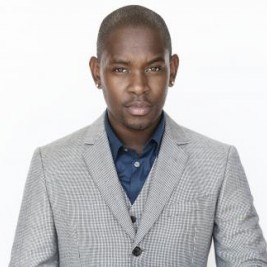 Businesses, Non-profit organizations, event planners and companies across the country have worked closely with our booking agents to hire Aml Ameen for a speaking engagements, guest appearances, product endorsements and corporate events. Many of those same clients have continued to turn to our speakers bureau as we can easily align Aml Ameen’s availability with their upcoming seminar, gala, annual conference, corporate function, and grand opening. Our close relationship with Aml Ameen’s booking agent and management team further enables us to provide inquiring clients with Aml Ameen’s speaking fee and appearance cost.

If your goal is to hire Aml Ameen to be your next keynote speaker or to be the next brand ambassador our celebrity speakers bureau can assist. If Aml Ameen’s booking fee is outside your companies budget or your unable to align with his appearance availability, our booking agents can provide you a list of talent that aligns with your event theme, budget and event date.

Aml Eysan Ameen was born 30 July 1985 in London, England and is an English actor best known for his roles as Trife in Kidulthood, Lewis Hardy in The Bill and Malcolm in Harry's Law. He learned his acting craft at the Barbara Speake stage school in London. As a child he appeared in West End in shows such as Oliver! and Jolson. At the age of 11 he performed on stage with Michael Jackson at the 1996 BRIT Awards, in a performance famously invaded by Pulp's singer Jarvis Cocker. Ameen's first acting role was in 2004's Bella and the Boys, in which he played the character Terry. His next role was a one-off appearance in an episode of the BBC television series Holby City. He also starred in the British youth-centred film Kidulthood as the central character Trife and now he's starring again in Second Chance and Red Tails for a special appearance. He played PC Lewis Hardy in the long-running ITV police series The Bill, his most famous and popular role to date. Lewis Hardy is a headstrong character who has swapped his life as a street kid to try to make a difference on the right side of the law. He has a few problems with authority and regularly bumps heads with his seniors, most especially frequent beat partner PC Roger Valentine. After Hardy was put undercover and was shot, he was transferred to Operation Trident. In April 2008 he played a leading role in the BBC Three teen drama Dis/Connected, playing Anthony, an 18 year old college student from London who faces gang trouble on the streets, as well as losing his friend when she commits suicide. Ameen featured in a film on Channel 4 called Fallout, part of their Disarming Britain mini-season The London Lite paper described this as his most memorable performance. Ameen featured as AJ in Silent Witness Series 12 Parts 1 and 2. He portrayed a youth worker trying to make a difference in the gang and knife community which presides South London, and became friends with Leo, one of the senior pathologists doing community service for drink driving. In June 2008 Ameen began A.S.A (Actors Student Alliance) a drama school set up to discover and teach untapped talent in London. From its inception the school has gone on to producing a short film and a theatre showcase for its students. Now in its second year the school has expanded into a management company. Ameen performed at Tricycle Theatre on the Not Black and White season in October 2009. Described as "exceptionally charismatic Aml Ameen the freshest, most inspiring voice in the play by Time Out London. He received outstanding reviews in the National press. Ameen starred in Jason Barrett's British feature film The Naked Poet, where he played character Ryan for which he won best actor at the V.I.P.F awards in 2010 for his performance. Ameen also starred in David E. Kelley's legal drama Harry's Law in the first season, which began to air on NBC during the 2011 television season.