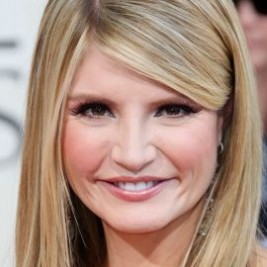 Businesses, Non-profit organizations, event planners and companies across the country have worked closely with our booking agents to hire Dayna Devon for a speaking engagements, guest appearances, product endorsements and corporate events. Many of those same clients have continued to turn to our speakers bureau as we can easily align Dayna Devon’s availability with their upcoming seminar, gala, annual conference, corporate function, and grand opening. Our close relationship with Dayna Devon’s booking agent and management team further enables us to provide inquiring clients with Dayna Devon’s speaking fee and appearance cost.

If your goal is to hire Dayna Devon to be your next keynote speaker or to be the next brand ambassador our celebrity speakers bureau can assist. If Dayna Devon’s booking fee is outside your companies budget or your unable to align with his appearance availability, our booking agents can provide you a list of talent that aligns with your event theme, budget and event date.

Dayna Devon was named permanent anchor in September 2003. Throughout her tenure, Devon has quickly earned the reputation as one of Hollywood's leading journalists and has gone one-on-one with some of entertainment's most prominent personages.

An Emmy-award winning journalist, Devon joined "Extra" after spending over 10 years in television news. In 1997, Devon was hired as a general assignment reporter for WPTY-TV, the ABC affiliate in Memphis, TN. Within one year, she was promoted to serve as anchor for 3 of the station's primary newscasts. With Devon as anchor, the station enjoyed a significant ratings growth as high as 300% on some shows. In 1998, Devon and her team were awarded an Emmy for "Best Live Broadcast."

Devon has also served as anchor for ABC's KMID-TV in Midland, TX and the CBS affiliate, KLST-TV, in San Angelo, TX. She began her career in radio, working as weekend anchor for KTSA-AM in San Antonio, TX.

Devon is a regular commentator for entertainment-related subjects for CNN and MSNBC. She has also been featured in People, US Weekly, In Touch, Self, and Woman's World. In 2002, she co-hosted Movieline Magazine's annual "Hollywood Style Hall of Fame Awards."

A native of Texas, Devon graduated from of the University of Texas at San Antonio. She currently resides in Los Angeles with her husband.