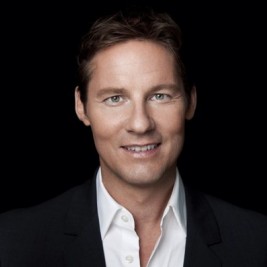 If your goal is to hire David Zinczenko to be your next keynote speaker or to be the next brand ambassador our celebrity speakers bureau can assist. If David Zinczenko’s booking fee is outside your companies budget or your unable to align with his appearance availability, our booking agents can provide you a list of talent that aligns with your event theme, budget and event date.

David served as the editorial director of Women's Health, Prevention, and Organic Gardening and oversaw Rodale's book department. He authored the best-selling series, Eat This, Not That! and the Abs Diet. He is also co-owner of the New York City restaurant, The Lion

Zinczenko grew up in Bethlehem, Pennsylvania, and attended Liberty High School in Bethlehem.

While attending Moravian College, he served in the military for the Navy Reserves and was the editor-in-chief of his college newspaper, The Comenian. He currently lives in Manhattan and Allentown, Pennsylvania.

After serving in the military, Zinczenko started his career in 1991 working as an assistant editor at Men's Journal, a men's magazine launched by Rolling Stone founder Jann Wenner and editor-in-chief John Rasmus.

In 2000, Zinczenko was named editor-in-chief of Men's Health and under his leadership, the world's largest men's lifestyle magazine brand has expanded to 39 international editions in 46 countries. In 2008, he was named Ad Week's Editor of the Year.[1] Men's Health has been nominated for 12 National Magazine Awards, and has had two wins: "General Excellence" in 2010 and "Personal Service" in 2004.[2] In 2010, Min awarded Zinczenko and Men's Health with the title, "The #1 Most Notable Launch of the Past 25 Years." [3] He served as chairman of the 2007 American Magazine Conference and is credited with coining the term "Magabrand,"[4] to describe magazines that expand beyond their regular formats into a variety of media and businesses.

Beyond the publishing world, Zinczenko helped pass legislation in 1994 establishing the week of Father's Day as "National Men's Health Week."

He has also pushed legislators in Congress to create an official "Office of Men's Health" within the National Institutes of Health.

In 2007, Zinczenko launched FitSchools, a national campaign to reinvigorate physical education programs in America's elementary schools and get children healthy and active.

Zinczenko also contributes regularly to The Today Show, where according to The New York Times, he is "trotted out as a spokesman for Everyman."

He has also appeared on The Oprah Winfrey Show, The Ellen DeGeneres Show, 20/20, The Biggest Loser, Rachael Ray, and Good Morning America.

In 2002, he penned a New York Times op-ed on fast food and obesity titled, "Don't Blame the Eater" and in 2011 wrote another in support of mixed martial arts.

He also wrote two columns for USA Today, one on the obesity epidemic and another on the decline of American men.