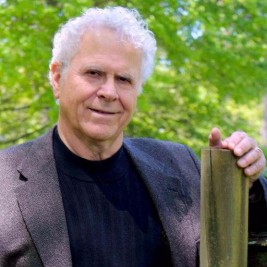 Businesses, Non-profit organizations, event planners and companies across the country have worked closely with our booking agents to hire Homer Hickam for a speaking engagements, guest appearances, product endorsements and corporate events. Many of those same clients have continued to turn to our speakers bureau as we can easily align Homer Hickam’s availability with their upcoming seminar, gala, annual conference, corporate function, and grand opening. Our close relationship with Homer Hickam’s booking agent and management team further enables us to provide inquiring clients with Homer Hickam’s speaking fee and appearance cost.

If your goal is to hire Homer Hickam to be your next keynote speaker or to be the next brand ambassador our celebrity speakers bureau can assist. If Homer Hickam’s booking fee is outside your companies budget or your unable to align with his appearance availability, our booking agents can provide you a list of talent that aligns with your event theme, budget and event date.

Homer H. Hickam, Jr. was born on February 19, 1943, the second son of Homer and Elsie Hickam, and was raised in Coalwood, West Virginia. He graduated from Big Creek High School in 1960 and from the Virginia Polytechnic Institute (Virginia Tech) in 1964 with a BS degree in Industrial Engineering. A U.S. Army veteran, Mr. Hickam served as a First Lieutenant in the Fourth Infantry Division in Vietnam in 1967-1968 where he won the Army Commendation and Bronze Star medals. He served six years on active duty, leaving the service with the rank of Captain.

Hickam has been a writer since 1969 after his return from Vietnam. At first, he mostly wrote about his scuba diving adventures for a variety of different magazines. Then, after diving on many of the wrecks involved, he branched off into writing about the battle against the U-boats along the American east coast during World War II. This resulted in his first book, Torpedo Junction (1989), a military history best-seller published in 1989 by the Naval Institute Press.

In 1998, Delacorte Press published Hickam’s second book, Rocket Boys: A Memoir, the story of his life in the little town of Coalwood, West Virginia. It became an instant classic. Rocket Boys has since been translated into eight languages and also released as an abridged audio book and electronic book. Among it’s many honors, it was selected by the New York Times as one of its “Great Books of 1998” and was an alternate “Book-of-the-Month” selection for both the Literary Guild and Doubleday book clubs. Rocket Boys was also nominated by the National Book Critics Circle as Best Biography of 1998. In February, 1999, Universal Studios released its critically-acclaimed film October Sky, based on Rocket Boys (The title October Sky is an anagram of Rocket Boys). Delacorte subsequently released a mass market paperback of Rocket Boys, re-titled October Sky. October Sky reached the New York Times # 1 position on their best-seller list.

Mr. Hickam’s first fiction novel was Back to the Moon (1999) that was also simultaneously released as a hardcover, audio book, and eBook. It has also been translated into Chinese.

The Coalwood Way (2000), a memoir of Mr. Hickam’s hometown he calls “not a sequel but an equal,” was published by Delacorte Press and is available in abridged audio, eBook, large print and Japanese. It was an alternate “Book-of-the-Month” selection for Doubleday book club. His third Coalwood memoir, a true sequel, was published in October 2001. It is titled Sky of Stone (2001).  An associated book about Coalwood was published in 2002, a self help/inspirational tome titled We Are Not Afraid: Strength and Courage from the Town That Inspired the #1 Bestseller and Award-Winning Movie October Sky.

Mr. Hickam is also the author of a popular series of novels that feature Josh Thurlow, a Coast Guard officer during World War II. The series began with The Keeper’s Son (2003), and then continued with The Ambassador’s Son (2005) and The Far Reaches (2007). To meet the requests from publishers for a Young Adult series, Homer also wrote his Helium-3 novels titled Crater,Crescent, and Crater Trueblood and the Lunar Rescue Company. These two series have been heavily praised by critics and readers as have Homer’s novel about a coal miner’s wife in Red Helmet, and a thriller set in modern-day Montana titled The Dinosaur Hunter.

His latest work, published in October, 2015, is the critically acclaimed novel Carrying Albert Home: The Somewhat True Story of a Man, his Wife, and her Alligator.

While working on his writing career, Mr. Hickam was employed as an engineer for the U.S. Army Missile Command from 1971 to 1981 assigned to Huntsville, Alabama, and Germany. He began employment with the National Aeronautics and Space Administration at Marshall Space Flight Center in 1981 as an aerospace engineer. During his NASA career, Mr. Hickam worked in spacecraft design and crew training. His specialties at NASA included training astronauts on science payloads, and extravehicular activities (EVA). He also trained astronaut crews for many Spacelab and Space Shuttle missions, including the Hubble Space Telescope deployment mission, the first two Hubble repair missions, Spacelab-J (the first Japanese astronauts), and the Solar Max repair mission. Prior to his retirement in 1998, Mr. Hickam was the Payload Training Manager for the International Space Station Program.

In 1984, Mr. Hickam was presented with Alabama’s Distinguished Service Award for heroism shown during a rescue effort of the crew and passengers of a sunken paddleboat in the Tennessee River. Because of this award, Mr. Hickam was honored in 1996 by the United States Olympic Committee to carry the Olympic Torch through Huntsville, Alabama, on its way to Atlanta.

Mr. Hickam has received many awards and honors. Among them are the prestigious University of Alabama’s Clarence Cason Award and the Appalachian Heritage Writer’s Award for his memoirs and fiction. He also received an honorary Doctorate of Literature from Marshall University.

Mr. Hickam is married to Linda Terry Hickam, an artist and his first editor and assistant. They love their cats and share their time between homes in Alabama and the Virgin Islands.