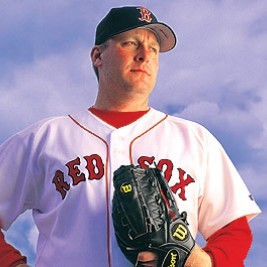 Businesses, Non-profit organizations, event planners and companies across the country have worked closely with our booking agents to hire Curt Schilling for a speaking engagements, guest appearances, product endorsements and corporate events. Many of those same clients have continued to turn to our speakers bureau as we can easily align Curt Schilling’s availability with their upcoming seminar, gala, annual conference, corporate function, and grand opening. Our close relationship with Curt Schilling’s booking agent and management team further enables us to provide inquiring clients with Curt Schilling’s speaking fee and appearance cost.

If your goal is to hire Curt Schilling to be your next keynote speaker or to be the next brand ambassador our celebrity speakers bureau can assist. If Curt Schilling’s booking fee is outside your companies budget or your unable to align with his appearance availability, our booking agents can provide you a list of talent that aligns with your event theme, budget and event date.

Curt Schilling is as a former American Major League Baseball right-handed pitcher, former video game developer and currently suspended ESPN baseball color analyst. He helped lead the Philadelphia Phillies to the World Series in 1993 and won World Series championships in 2001 with the Arizona Diamondbacks and in 2004 and 2007 with the Boston Red Sox. Schilling retired with a career postseason record of 11–2. His .846 postseason winning percentage is a major-league record among pitchers with at least 10 decisions.He is a member of the 3,000 strike out club and has the highest strikeout-to-walk ratio of any of its members. He also is tied for third for the most 300 strikeout seasons. After retiring, he founded Green Monster Games which was renamed 38 Studios. The company released Kingdoms of Amalur: Reckoning in February 2012, but just three months later, Schilling laid off his entire staff amid severe financial troubles.