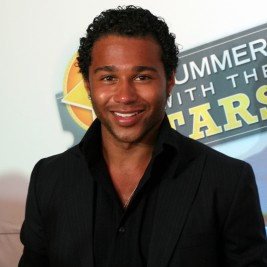 Businesses, Non-profit organizations, event planners and companies across the country have worked closely with our booking agents to hire Corbin Bleu for a speaking engagements, guest appearances, product endorsements and corporate events. Many of those same clients have continued to turn to our speakers bureau as we can easily align Corbin Bleu’s availability with their upcoming seminar, gala, annual conference, corporate function, and grand opening. Our close relationship with Corbin Bleu’s booking agent and management team further enables us to provide inquiring clients with Corbin Bleu’s speaking fee and appearance cost.

If your goal is to hire Corbin Bleu to be your next keynote speaker or to be the next brand ambassador our celebrity speakers bureau can assist. If Corbin Bleu’s booking fee is outside your companies budget or your unable to align with his appearance availability, our booking agents can provide you a list of talent that aligns with your event theme, budget and event date.

Corbin Bleu is an American actor, model, dancer, producer and singer-songwriter of Jamaican-Italian heritage. He performed in the High School Musical film series, the Discovery Kids drama series Flight 29 Down, and the Disney Channel Original Movie Jump In!. His first lead role was in the film Catch That Kid (2004).

Guest-starring roles include appearances on Hannah Montana, The Amanda Show, Cover Me: Based on the True Life of an FBI Family, Malcolm & Eddie, and The Good Wife. He appeared on the show Ned's Declassified School Survival Guide, and the movie Free Style (2008). In 2009 he was cast as up-and-coming model Isaac Taylor in The CW Television Network drama The Beautiful Life: TBL.

He has also pursued a music career, and released his debut album Another Side on May 1, 2007, which included the single "Push It to the Limit". The album debuted at number thirty-six on the U.S. Billboard 200, selling 18,000 copies in its first week. Bleu released his second album, Speed of Light, on March 10, 2009, in the U.S.

Bleu played Usnavi in the Broadway company of In the Heights. Bleu was considered as host for The X Factor USA.

On September 4, 2013, he was revealed to be a contestant on the 17th season of Dancing with the Stars. He partnered with professional dancer Karina Smirnoff. Corbin and his partner made it to the finals, but became the runner-ups behind Amber Riley.