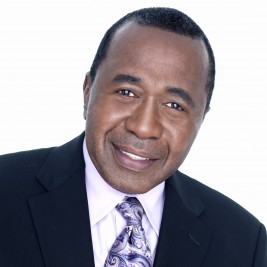 Businesses, Non-profit organizations, event planners and companies across the country have worked closely with our booking agents to hire Ben Vereen for a speaking engagements, guest appearances, product endorsements and corporate events. Many of those same clients have continued to turn to our speakers bureau as we can easily align Ben Vereen’s availability with their upcoming seminar, gala, annual conference, corporate function, and grand opening. Our close relationship with Ben Vereen’s booking agent and management team further enables us to provide inquiring clients with Ben Vereen’s speaking fee and appearance cost.

If your goal is to hire Ben Vereen to be your next keynote speaker or to be the next brand ambassador our celebrity speakers bureau can assist. If Ben Vereen’s booking fee is outside your companies budget or your unable to align with his appearance availability, our booking agents can provide you a list of talent that aligns with your event theme, budget and event date.

He was nominated for a Tony Award for Jesus Christ Superstar in 1972 and won a Tony for his appearance in Pippin in 1973. Ben Vereen starred in the Broadway musical Wicked as the Wizard of Oz, replacing former Wizard George Hearn on May 31, 2005. He was replaced by tour Wizard David Garrison on April 4, 2006.

His work in theatre has also secured him numerous appearances on various television programs and films. Notable film roles include song-and-dance men in Funny Lady and All That Jazz. He starred in the television series Tenspeed and Brown Shoe but is probably best known for his role as "Chicken" George Moore in Roots. Other TV appearances include:

Vereen has also performed in one-man shows and actively lectures on black history and inspirational topics.

In 1992, he was struck while walking on the Pacific Coast Highway by a car driven by producer/composer David Foster.

According to the Fayetteville Observer of Apr. 29, 2006, Vereen learned while applying for a passport in the late 1960s that he was adopted. His birth certificate revealed that his birth name was Benjamin Augustus Middleton, that he was the son of Essie Middleton, and that he was born in Laurinburg, North Carolina. In April of 2006, Vereen visited Laurinburg with a genealogist, and learned that his mother's name was Essie May Pearson, who had died 24 years before. According to her acquaintances, Essie had gone on a trip when Ben was a child, and had left her baby in someone's care. When she returned, the child was gone. In May of 2006, he met his mother's sister, Gloria Walker, of New Haven, Connecticut.