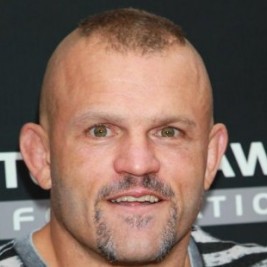 Businesses, Non-profit organizations, event planners and companies across the country have worked closely with our booking agents to hire Chuck Liddell for a speaking engagements, guest appearances, product endorsements and corporate events. Many of those same clients have continued to turn to our speakers bureau as we can easily align Chuck Liddell’s availability with their upcoming seminar, gala, annual conference, corporate function, and grand opening. Our close relationship with Chuck Liddell’s booking agent and management team further enables us to provide inquiring clients with Chuck Liddell’s speaking fee and appearance cost.

If your goal is to hire Chuck Liddell to be your next keynote speaker or to be the next brand ambassador our celebrity speakers bureau can assist. If Chuck Liddell’s booking fee is outside your companies budget or your unable to align with his appearance availability, our booking agents can provide you a list of talent that aligns with your event theme, budget and event date.

Chuck Liddell was born December 17, 1969 and is a retired American mixed martial artist and former Ultimate Fighting Championship Light Heavyweight Champion. Liddell has an extensive striking background in Kempo, Koei-Kan karate and kickboxing, as well as a grappling background in collegiate wrestling and Brazilian Jiu-Jitsu. During his prime, Liddell was known for his knockout power, iron chin, excellent counter striking and for his sprawl-and-brawl technique, which made him one of the most difficult fighters to takedown. He is one of the most dominant champions that ever competed in the UFC. He has the second most knockouts in UFC history, only behind Anderson Silva. Liddell had 23 fights in the UFC, and along with Randy Couture, is widely credited for bringing mixed martial arts into the mainstream of American sports and entertainment. On July 10, 2009, he was inducted into the UFC Hall of Fame.

Liddell has also made several film and television appearances. He appeared as himself in the movie Bachelor Party Vegas, He appeared as "Graft" in the pilot episode of the TV series Blade: The Series, had a guest cameo in the first season of Inked on A&E, and made a brief appearance in the 1981 film The Postman Always Rings Twice with Jack Nicholson. The character of 'Mad Dog' Grimes in the 2011 film Warrior is sometimes mistaken to have been played by Chuck Liddell due to the similar mohawk style haircut, but is in fact played by Erik Apple.