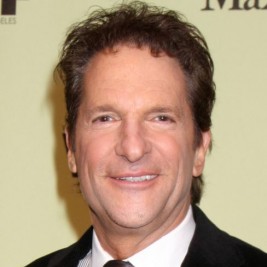 Businesses, Non-profit organizations, event planners and companies across the country have worked closely with our booking agents to hire Peter Guber for a speaking engagements, guest appearances, product endorsements and corporate events. Many of those same clients have continued to turn to our speakers bureau as we can easily align Peter Guber’s availability with their upcoming seminar, gala, annual conference, corporate function, and grand opening. Our close relationship with Peter Guber’s booking agent and management team further enables us to provide inquiring clients with Peter Guber’s speaking fee and appearance cost.

If your goal is to hire Peter Guber to be your next keynote speaker or to be the next brand ambassador our celebrity speakers bureau can assist. If Peter Guber’s booking fee is outside your companies budget or your unable to align with his appearance availability, our booking agents can provide you a list of talent that aligns with your event theme, budget and event date.

Peter Guber is an executive, entrepreneur, educator, and author. He is Chairman and CEO of Mandalay Entertainment. Guber's most recent films from Mandalay Entertainment include The Kids Are All Right, Soul Surfer, and Bernie. He has also produced Batman, The Witches of Eastwick, and Flashdance. Guber's films have earned over $3 billion worldwide and 50 Academy Award nominations.

Guber is Chairman of Dick Clark Productions, which produces the American Music Awards, Golden Globe Awards, and other programs. He is Chairman of NASDAQ’s Mandalay Digital Media and Mandalay Sports Media. He is a professor at the UCLA School of Theater Film and Television and the Anderson School of Management and an Entertainment and Media Analyst for Fox Business News.

Guber is also noted for other books which include Inside The Deep and Shootout: Surviving Fame and (Mis)Fortune in Hollywood, which became a television series on AMC called Shootout, which he hosted from 2003 to 2008 with Peter Bart, editor of Variety. Guber wrote the cover article for the Harvard Business Review, “The Four Truths of the Storyteller