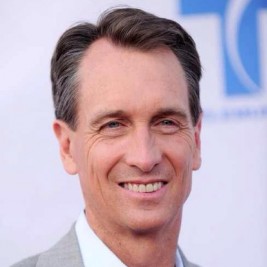 If your goal is to hire Chris Collinsworth to be your next keynote speaker or to be the next brand ambassador our celebrity speakers bureau can assist. If Chris Collinsworth’s booking fee is outside your companies budget or your unable to align with his appearance availability, our booking agents can provide you a list of talent that aligns with your event theme, budget and event date.

Collinsworth played as a wide receiver, first for the University of Florida and then professionally with the Cincinnati Bengals of the National Football League from 1981 to 1988. During his NFL career, he reached the 1,000 receiving yards milestone in 4 different seasons, appeared in three Pro Bowl games, and played in Super Bowl XVI and XXIII. Collinsworth had a superb performance in Super Bowl XVI, recording 4 receptions for 107 yards, an average of 21.4 yards per catch, though he did commit a costly fumble in the second quarter.

Collinsworth finished his 8 NFL seasons with 417 receptions for 6,698 yards and 36 touchdowns in 107 games.

After retiring from the playing field, Collinsworth began his broadcasting career as a sports radio talk show host on Cincinnati station WLW. Initially he was a guest host for Bob Trumpy, but took over the show full-time as Trumpy accepted more television assignments. He then became a reporter for HBO's Inside the NFL.

In 1990, he became a part of the NBC network's NFL broadcasts, as well as some of the college programming. He joined the NBC pregame show in 1996.

In 1998, Collinsworth joined the Fox network after NBC lost the AFC broadcast rights to CBS. After several years as a color commentator on the FOX NFL Sunday pregame show, Collinsworth was assigned to the network's lead game broadcasting crew (teaming with Joe Buck and Troy Aikman) in 2002. He worked on Fox's Super Bowl XXXIX telecast three years later.

Collinsworth returned to NBC as a studio analyst when that network's Sunday night NFL coverage begins in the fall of 2006.