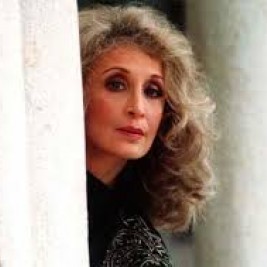 Businesses, Non-profit organizations, event planners and companies across the country have worked closely with our booking agents to hire Edna Buchanan for a speaking engagements, guest appearances, product endorsements and corporate events. Many of those same clients have continued to turn to our speakers bureau as we can easily align Edna Buchanan’s availability with their upcoming seminar, gala, annual conference, corporate function, and grand opening. Our close relationship with Edna Buchanan’s booking agent and management team further enables us to provide inquiring clients with Edna Buchanan’s speaking fee and appearance cost.

If your goal is to hire Edna Buchanan to be your next keynote speaker or to be the next brand ambassador our celebrity speakers bureau can assist. If Edna Buchanan’s booking fee is outside your companies budget or your unable to align with his appearance availability, our booking agents can provide you a list of talent that aligns with your event theme, budget and event date.

Edna Buchanan is a Pulitzer Prize winning crime reporter who's written 16 books including her latest, "Shadows."

"Shadows" is published by Simon & Schuster, which is owned by Viacom, the same parent company as CBS.

Interestingly, for "Shadows," Buchanan tells The Early Show she did something very different. Last year, she appeared at an auction benefit in Marion County to raise money for the hurricane victims. She had never done anything like this before, but had agreed to auction off the right to have a character in "Shadows" named after the highest bidder.

Buchanan had already started "Shadows" and had the character, a historical preservationist, in mind, but couldn't quite come up with the right name. So, she took the name to the highest bidder. What is surprising to Buchanan is that it is the "perfect" name for this character - Kiki Courtelis. And, the real Kiki had on occasion used an alias - Lisa Court, which Buchanan used in the book and for the same reason.

Buchanan says, "She fit perfectly into my book and her father was a real estate developer in Florida. And, she has two dogs - Fergie and Di and they're in the book as well."

The real life Kiki has just read the book and Buchanan reports that she likes it. This was a good experience for Buchanan, but not one she's likely to repeat. It worked out so perfectly that she doesn't think it could happen again.

Buchanan writes with an outline that she says, "isn't written in stone." There can be lots of changes before the end. And then when she comes to a certain scene, she goes out and researches it. So when one character in this book disappears, she has to do research to figure out what could have possibly happened to him. In this case, she consulted a historian, researched what was going on in the world at that time of the character's life, and had him killed in the Spanish Civil War.

She starts to write her book, sets up the mysterious circumstances and then has to figure out how such a thing could have happened. In "Shadows" she had the bodies of the dead infants in the book, but then had to look for the reason they were there and what happened to them.

She consulted a forensics expert in Florida and told him her dilemma. He had worked on a case that actually had happened in the 1950s. At that time, gas lines were being changed from coal gas to natural gas and the gas company had to change the fixtures on refrigerators to accommodate the change. These were copper nipples that fit in a certain way. Well, some of refrigerators didn't have the right fixture and gas leaked into the house, killing an infant. Her parents were nearly arrested for murder until this forensic doctor figured it out. This story gave Buchanan just what she needed for her book.

For most of her career Buchanan was a journalist at The Miami Herald, where she put true crime reporting on the map. She loved that work and found it exciting. She says, "It's called 'observer's paradox.' If you write a story well enough you might bring in readers who have clues or can help find the missing person. Your story can change the outcome of the story. If you show enough need in what you write, the readers will respond."