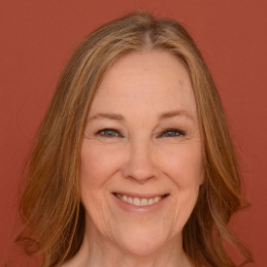 If your goal is to hire Catherine O'Hara to be your next keynote speaker or to be the next brand ambassador our celebrity speakers bureau can assist. If Catherine O'Hara’s booking fee is outside your companies budget or your unable to align with his appearance availability, our booking agents can provide you a list of talent that aligns with your event theme, budget and event date.

Catherine O'Hara joined SCTV in 1974 and became active in the troupe's small screen venture "Second City Television/SCTV/SCTV Network", where she was recognized for her sharp impersonations"her Faye Dunaway in "Chinatown" was a standout"and tart comic creations. She won fame for her writing and guest appearances on a number of specials, many headlined by her "SCTV" cohorts, including Andrea Martin and Martin Short. She moved behind the camera to helm an episode of HBO's "Dream On" and earned critical applause for her turn as an alcoholic dance teacher in the 1997 Goldie Hawn-helmed TNT TV-movie "Hope".

Throughout her career, O'Hara's has specialized in flaky, yet sarcastic characters. Her eccentricity can sometimes be unsettling, as Martin Scorsese demonstrated in "After Hours" (1985), in which she played a crazed Mr. Softee ice cream truck driver. O'Hara supported Meryl Streep as a gossipy reporter in "Heartburn" (1986), and was memorable as Winona Ryder's social-climbing mother in Tim Burton's "Beetlejuice" (1988). She had her biggest hit as Macauley Culkin's forgetful mom in "Home Alone" (1990), as well as its sequel "Home Alone 2: Lost in New York" (1992). She displayed a softer side as the frail voice of Sally, a lovely creation in the Frankenstein tradition, in "Tim Burton's A Nightmare Before Christmas" (1993) and earned kudos as Calamity Jane in Disney's "Tall Tale: The Unbelievable Adventures of Pecos Pete" (1995).

Solidifying her place as one of Hollywood's offbeat darlings, O'Hara co-starred in Christopher Guest's "Waiting for Guffman" (1996) as an untalented travel agent convinced she and her husband (Fred Willard) are the new Lunt and Fontanne. The actress had one of her best screen roles as Gabriel Byrne's flamboyant Irish wife in "Last of the High Kings" (1996). Here she took her penchant for playing moms to another level, practically running away with the film in a funny"and perfectly accented"turn as a strong-willed, politically involved Catholic and Labor supporter. O'Hara put in a tour-de-force performance as the controlling, vindictive mother of two adult sons who enlists their help to scare her cheating husband to death in "Home Fries" (1998), a quirky black comedy starring Drew Barrymore and Luke Wilson. A supporting role in the 1999 Canadian independent drama "Life Before This" earned her the actress Genie Award for Best Supporting Actress"Canada's equivalent to the Oscar.

In 2000, O'Hara rejoined Guest for "Best in Show", a behind-the-scenes mockumentary about the cutthroat world of dog show competitions. Playing Cookie, a former good-time girl turned devoted wife of Eugene Levy's mensch salesman Gerry, O'Hara infused her comic character with a tender warmth that helped fuel the chemistry between her and fellow SCTV veteran Levy. The two actors developed their onscreen chemistry further in Guest's "A Mighty Wind" (2003) by playing the defunct 60s folk singing duo Mitch and Mickey, who reunite for a folk concert after years of estrangement. Despite the surface comedy, O'Hara and Levy added a level of bittersweet romantic friction to the film. Next, O'Hara provided most of the laughs"and there weren't many"in the dismal Ben Afleck-James Gandolfini comedy "Surviving Christmas" (2004). In "Lemony Snicket's A Series of Unfortunate Events" (2004), a child-friendly comedy with Jim Carrey reincarnating his Grinch persona, O'Hara played Justice Strauss, one of several authority figures oblivious to the devious designs of the dastardly Count Olaf (Carrey).