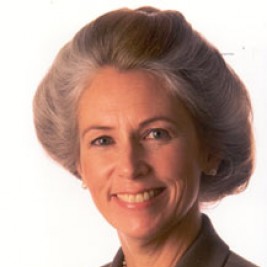 If your goal is to hire Catharine MacKinnon to be your next keynote speaker or to be the next brand ambassador our celebrity speakers bureau can assist. If Catharine MacKinnon’s booking fee is outside your companies budget or your unable to align with his appearance availability, our booking agents can provide you a list of talent that aligns with your event theme, budget and event date.

Catharine A. MacKinnon is a lawyer, teacher, writer, and activist on sex equality domestically and internationally.

She is Elizabeth A. Long Professor of Law at the University of Michigan, The James Barr Ames Visiting Professor at Harvard Law School (long-term), and Special Gender Adviser to the Prosecutor of the International Criminal Court, The Hague (2008-2012). Her B.A. is from Smith College, her J.D. from Yale Law School, and her PhD in political science from Yale University. She has taught at twelve law schools including Yale, Stanford, Chicago, Osgoode Hall (Toronto), Columbia, and Hebrew University (Jerusalem), been a fellow at the Institute for Advanced Study (Berlin) and the Center for Advanced Study in the Behavioral Sciences (Stanford).

She created the concept of gender crime and the idea that sexual abuse violates sex equality, pioneering the legal claim for sexual harassment as sex discrimination and, with Andrea Dworkin, recognition of the harms of pornography as civil rights violations and framing the Swedish model on prostitution, in which prostituted people are decriminalized and both pimps and johns are strongly criminalized. The Supreme Court of Canada has largely embraced her equality theory, including in its application to pornography and racist hate propaganda.

Representing Bosnian women survivors of Serbian genocidal sexual atrocities, she conceived and established legal recognition of rape as an act of genocide in litigation against Radovan Karadzic in New York City, where with co-counsel she won a $745 million verdict. She works with Equality Now, an international NGO promoting sex equality worldwide, and the Coalition against Trafficking in Women (CATW). She is varyingly competent in four languages.

Empirical studies document that Professor MacKinnon is one of the most widely-cited legal scholars in the English language.