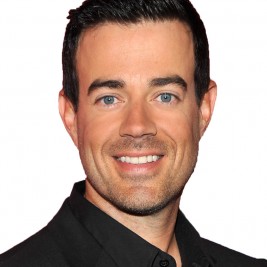 Businesses, Non-profit organizations, event planners and companies across the country have worked closely with our booking agents to hire Carson Daly for a speaking engagements, guest appearances, product endorsements and corporate events. Many of those same clients have continued to turn to our speakers bureau as we can easily align Carson Daly’s availability with their upcoming seminar, gala, annual conference, corporate function, and grand opening. Our close relationship with Carson Daly’s booking agent and management team further enables us to provide inquiring clients with Carson Daly’s speaking fee and appearance cost.

If your goal is to hire Carson Daly to be your next keynote speaker or to be the next brand ambassador our celebrity speakers bureau can assist. If Carson Daly’s booking fee is outside your companies budget or your unable to align with his appearance availability, our booking agents can provide you a list of talent that aligns with your event theme, budget and event date.

Carson Daly is an American television host, radio personality, producer and television personality. Prior to 2002, Daly was a VJ on MTV's Total Request Live, and a DJ for the Southern California-based radio station 106.7 KROQ-FM. In 2002, Daly joined NBC, where he began hosting and producing the late night talk show Last Call with Carson Daly, and occasionally hosting special event programming for NBC, such as the Macy's Fourth of July fireworks show and executive producing New Year's Eve with Carson Daly from Times Square beginning in 2003. In 2011, Daly began working for NBC, hosting its reality music competition The Voice. In 2013, Daly joined NBC's morning show Today as a social media correspondent.

Daly has also served as a radio DJ; he was formerly a nighttime host on the Los Angeles radio station KROQ-FM; beginning in 2010, Daly began hosting a morning show "Mornings with Carson Daly" on its sister station KAMP-FM. Daly also hosts a weekly top 30 countdown show "The Daly Download with Carson Daly" which is produced by CBS Radio (parent of KAMP-FM) and syndicated though Westwood One. The program airs on Saturday and Sunday mornings in a three or four hour edition on CHR/AC radio stations. He also co-founded an independent record label named 456 Entertainment.