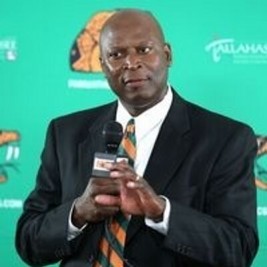 Businesses, Non-profit organizations, event planners and companies across the country have worked closely with our booking agents to hire Byron Samuels for a speaking engagements, guest appearances, product endorsements and corporate events. Many of those same clients have continued to turn to our speakers bureau as we can easily align Byron Samuels’s availability with their upcoming seminar, gala, annual conference, corporate function, and grand opening. Our close relationship with Byron Samuels’s booking agent and management team further enables us to provide inquiring clients with Byron Samuels’s speaking fee and appearance cost.

If your goal is to hire Byron Samuels to be your next keynote speaker or to be the next brand ambassador our celebrity speakers bureau can assist. If Byron Samuels’s booking fee is outside your companies budget or your unable to align with his appearance availability, our booking agents can provide you a list of talent that aligns with your event theme, budget and event date.

Collegiate coaching veteran Byron Samuels will embark on a new chapter in his career with his appointment as head men’s basketball coach at Florida A&M University (FAMU).

Samuels comes to FAMU from the University of Georgia, where he served as the basketball operations coordinator since June of 2013.

While at Georgia, Samuels was responsible for oversight of the players' day-to-day schedules and their academic performance, assisting with the program's on-campus recruiting efforts, summer camps and community outreach.

A native of Winston-Salem, N.C., Samuels has built an extensive coaching resume spanning 11 schools in 26 years. His career experiences include three head coaching posts, two at four-year schools, and one in the junior college ranks.

Samuels' first head coaching job came at Mid-Eastern Athletic Conference member Hampton University. During his two-year stint (1995-97), he helped the Pirates with their transition to NCAA Division I status.

His teams broke 14 team and individual records and both of his recruiting classes were ranked No. 1 in the MEAC.

Samuels left Hampton in 1997 to join his college coach, Jerry Green, as an assistant on his staff at the University of Tennessee. In each of their four years at UT, the Vols earned NCAA Tournament berths, highlighted by an SEC co-championship and a Sweet 16 appearance in 2000.

Samuels was the head coach at Radford University from 2002-07 after serving one season there as an assistant coach. His tenure with the Highlanders included an appearance in the league's tournament championship game, as well as several player and team accolades, both on the court and in the classroom.

Over the entirety of his coaching career, Samuels helped guide six teams to post-season bids. In addition to the four Tennessee squads, teams at Washington State and Tulsa earned NIT berths.