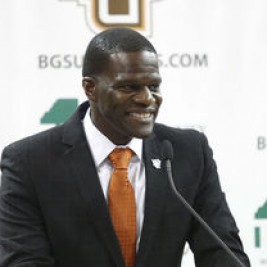 Businesses, Non-profit organizations, event planners and companies across the country have worked closely with our booking agents to hire Michael Huger for a speaking engagements, guest appearances, product endorsements and corporate events. Many of those same clients have continued to turn to our speakers bureau as we can easily align Michael Huger’s availability with their upcoming seminar, gala, annual conference, corporate function, and grand opening. Our close relationship with Michael Huger’s booking agent and management team further enables us to provide inquiring clients with Michael Huger’s speaking fee and appearance cost.

If your goal is to hire Michael Huger to be your next keynote speaker or to be the next brand ambassador our celebrity speakers bureau can assist. If Michael Huger’s booking fee is outside your companies budget or your unable to align with his appearance availability, our booking agents can provide you a list of talent that aligns with your event theme, budget and event date.

After Bowling Green, Huger played professional basketball in Europe for 12 seasons, including Finland, Holland and Belgium. He was the Dutch League MVP in 1996, scoring 25.3 points and adding 5.8 assists and later was First-Team All-Belgium for 2000 and 2004—both seasons in which his teams won the Belgium Cup.

Upon finishing his playing career, Huger began his coaching career at Longwood University with Mike Gillian, who had been an assistant at Bowling Green under Larranaga. After two years with the Lancers, Huger re-joined Larranaga at George Mason University as an assistant. The Patriots made the post-season in each season Huger coached there, including two NCAA tournament bids. The Patriots also won a regular-season Colonial Athletic Association title and a CAA tournament title.