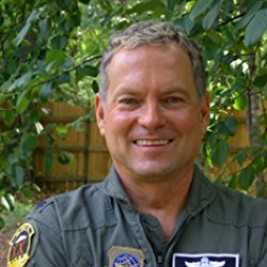 Businesses, Non-profit organizations, event planners and companies across the country have worked closely with our booking agents to hire Buzz Patterson for a speaking engagements, guest appearances, product endorsements and corporate events. Many of those same clients have continued to turn to our speakers bureau as we can easily align Buzz Patterson’s availability with their upcoming seminar, gala, annual conference, corporate function, and grand opening. Our close relationship with Buzz Patterson’s booking agent and management team further enables us to provide inquiring clients with Buzz Patterson’s speaking fee and appearance cost.

If your goal is to hire Buzz Patterson to be your next keynote speaker or to be the next brand ambassador our celebrity speakers bureau can assist. If Buzz Patterson’s booking fee is outside your companies budget or your unable to align with his appearance availability, our booking agents can provide you a list of talent that aligns with your event theme, budget and event date.

Lieutenant Colonel Robert "Buzz" Patterson, United States Air Force (Retired), is the author of two New York Times best sellers, "Dereliction of Duty: The Eyewitness Account of How Bill Clinton Compromised America's National Security" and "Reckless Disregard: How Liberal Democrats Undercut Our Military," "Endanger Our Soldiers," and "Jeopardize Our Security." His most recent book, "Conduct Unbecoming: How Barack Obama is Destroying the Military and Endanering Our Security," was released by in September 2010.

Patterson served 20 years as a pilot on active duty in the United States Air Force and saw tours of duty world-wide including combat operations in Grenada, Somalia, Rwanda, Haiti, and Bosnia.

From 1996 to 1998, Colonel Patterson was the Senior Military Aide to President Bill Clinton. During that time he was responsible for the President's Emergency Satchel, otherwise known as the "Nuclear Football," the black bag with the nation's nuclear capability that accompanies the president at all times. In addition, Colonel Patterson was operational commander for all military units assigned to the White House, which included Air Force One, Marine One, Camp David, White House Transportation Agency and White House Mess.

Among his many military commendations, Patterson received the Defense Superior Service Medal for accomplishments while at the White House and was awarded the Air Force Air Medal for flying fifteen combat support missions into then-besieged Sarajevo, Bosnia-Herzegovina in 1994. He retired in 2001 to pursue a career as a commercial airline pilot, writer and conservative speaker.

Patterson was born in Chapel Hill, North Carolina. He is a Distinguished Graduate from the Air Command and Staff College; he has his Bachelor's Degree in Political Science from Virginia Tech University and a Master's in Business Administration from Webster University in St. Louis, Missouri. He and his family currently reside in California.