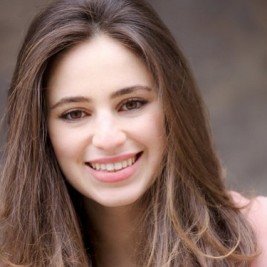 Businesses, Non-profit organizations, event planners and companies across the country have worked closely with our booking agents to hire Aija Mayrock for a speaking engagements, guest appearances, product endorsements and corporate events. Many of those same clients have continued to turn to our speakers bureau as we can easily align Aija Mayrock’s availability with their upcoming seminar, gala, annual conference, corporate function, and grand opening. Our close relationship with Aija Mayrock’s booking agent and management team further enables us to provide inquiring clients with Aija Mayrock’s speaking fee and appearance cost.

If your goal is to hire Aija Mayrock to be your next keynote speaker or to be the next brand ambassador our celebrity speakers bureau can assist. If Aija Mayrock’s booking fee is outside your companies budget or your unable to align with his appearance availability, our booking agents can provide you a list of talent that aligns with your event theme, budget and event date.

Aija Mayrock is the 21 year old #1 bestselling author of “The Survival Guide to Bullying.” Aija wrote her book at 16 years old, after enduring eight years of bullying and cyber bullying. Aija initially self published her book before it was acquired by Scholastic and published in the United States in 2015. Aija’s book has since been published in many countries all over the world, including: France, Russia, Romania, Denmark, Vietnam, Portugal, and countless others.

Aija has traveled all over the US to speak to kids, educators, community leaders, and politicians. In the past year, Aija has spoken to 2 million people. In May 2016, Aija performed for 18,000 of her fans, readers, and supporters at a sold out MADISON SQUARE GARDEN.