Search Bryan Batt
Author, Interior Designer, and Actor Known for His Role in "Mad Men" and "12 Years a Slave" 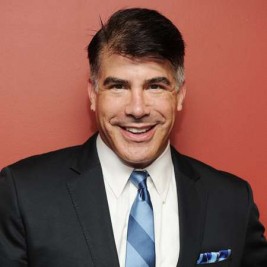 Businesses, Non-profit organizations, event planners and companies across the country have worked closely with our booking agents to hire Bryan Batt for a speaking engagements, guest appearances, product endorsements and corporate events. Many of those same clients have continued to turn to our speakers bureau as we can easily align Bryan Batt’s availability with their upcoming seminar, gala, annual conference, corporate function, and grand opening. Our close relationship with Bryan Batt’s booking agent and management team further enables us to provide inquiring clients with Bryan Batt’s speaking fee and appearance cost.

If your goal is to hire Bryan Batt to be your next keynote speaker or to be the next brand ambassador our celebrity speakers bureau can assist. If Bryan Batt’s booking fee is outside your companies budget or your unable to align with his appearance availability, our booking agents can provide you a list of talent that aligns with your event theme, budget and event date.

As an Author, both his memoir, “She Ain't Heavy, She's My Mother” and decor book, "Big, Easy Style" have received rave reviews.

Theatrically, Bryan is most proud to have created the role of Darius in both the N.Y. and L.A productions, as well as the film adaptation, of Paul Rudnick’s ground braking comedy "Jeffrey." Bryan has held Broadway leading roles in productions such as "Beauty and the Beast," "Cats," "Sunset Blvd." and many more.

In 2003, Bryan and his partner, Tom Cianfichi, opened Hazelnut, a fine gift and home accessories shop (Featured in the NY Times, Town & Country, House Beautiful, In Style, Traditional Home, Elle Decor and more). Through the sales of his signature “New Orleans Toile” and “Pontchartrain Beach designs”, Hazelnut has been able to generously contribute to local charities.

In addition, Bryan starred in the films "12 Years a Slave," "Parkland" and "The Last of Robin Hood." Most recently, he was cast in MTV's new horror/mystery series, "Scream."