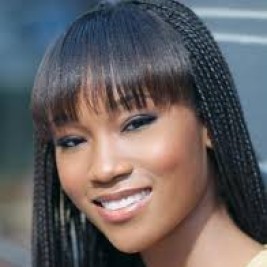 If your goal is to hire Brittney Grimes to be your next keynote speaker or to be the next brand ambassador our celebrity speakers bureau can assist. If Brittney Grimes’s booking fee is outside your companies budget or your unable to align with his appearance availability, our booking agents can provide you a list of talent that aligns with your event theme, budget and event date.

She has spoken on CNN Person of the Day, ABC 7, NBC, Good Morning America, UPN and Nickelodeon Nick News.

Her work has been in Ebony magazine, The New York Times, Scholastic magazine, Newsday and other publications.

She has modeled for runway and commercial print, including a national JBS Hair Ad and Vibe Vixen of the Day.

As a writer, Brittney has received numerous awards, including the National Organization for Women (NOW) "Young Achiever's Award," the National Council of Negro Women (NCNW) Award for Achievement, the Zora Neale Hurston Literary Award given by Zeta Phi Beta, and the Dr. Martin Luther King, Jr. Humanitarian Award. In 2005, Brittney's name was placed on the Wall of Tolerance in Montgomery, Alabama, in honor of Rosa Parks' National Campaign for Tolerance.

In 2007, was awarded the President's Volunteer Service Award from the President's Council on Service and Civic Participation. She received the Silver Award and a letter from President George Bush.

In 1998, Brittney recited her poem "Children of the World" on It's Showtime at the Apollo at the Apollo Theater in Harlem NY, on Amateur Night, and came in first place. In 2002, she spoke at the McDonalds Gospelfest, an annual gospel music and talent festival. She recited a poem she wrote and won first place in the first ever Gospel Poetry Category contest.

In October 2006, Brittney was featured in Ebony magazine in an article titled "Terrific Teens." In 2007, she was the Grand Prize winner of Seventeen magazine and Avon Makeup's national "Avon Make your Mark" Contest, which honored a young woman who is making her mark through volunteering in her community. She is featured in the October 2013 issue of Long Island Woman.