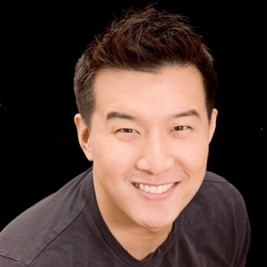 Businesses, Non-profit organizations, event planners and companies across the country have worked closely with our booking agents to hire Brian Yang for a speaking engagements, guest appearances, product endorsements and corporate events. Many of those same clients have continued to turn to our speakers bureau as we can easily align Brian Yang’s availability with their upcoming seminar, gala, annual conference, corporate function, and grand opening. Our close relationship with Brian Yang’s booking agent and management team further enables us to provide inquiring clients with Brian Yang’s speaking fee and appearance cost.

If your goal is to hire Brian Yang to be your next keynote speaker or to be the next brand ambassador our celebrity speakers bureau can assist. If Brian Yang’s booking fee is outside your companies budget or your unable to align with his appearance availability, our booking agents can provide you a list of talent that aligns with your event theme, budget and event date.

Brian Yang is a producing partner at 408 Films, an independent film production company that helps to produce and finance feature film productions and new media ventures.

408 Films has produced titles such as "Fog," "The People I've Slept With," "Someone I Used to Know" and the Sundance hit, "Linsanity."

On the acting side, Brian is a film and television actor who has appeared in projects such as "Saving Face," a 2005 Sundance & Toronto selection and numerous commercials between the US and Asia. He hosted Shanghai Rush, China's first English language reality show in 2009 and is currently in a recurring role on the CBS hit "Hawaii 5-0" in the role of lab tech Charlie Fong.