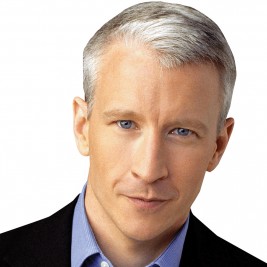 If your goal is to hire Anderson Cooper to be your next keynote speaker or to be the next brand ambassador our celebrity speakers bureau can assist. If Anderson Cooper’s booking fee is outside your companies budget or your unable to align with his appearance availability, our booking agents can provide you a list of talent that aligns with your event theme, budget and event date.

Anderson Cooper 360" is an unconventional, wide-ranging news program which Cooper adeptly uses as a forum for the voice for journalism's new generation that are just beginning to make their marks on the nation's airwaves.

Cooper is also widely recognized for his coverage for the War in Iraq, the Washington DC Sniper story and of the Space Shuttle Columbia's tragic explosion. Aside from his news coverage, Anderson Cooper was also the host of the popular Reality TV series "The Mole" and won critical acclaim.

Cooper also received an Emmy Award for his contribution to ABC's coverage of Princess Diana's funeral.