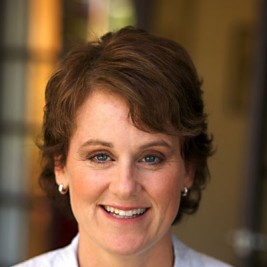 Businesses, Non-profit organizations, event planners and companies across the country have worked closely with our booking agents to hire Bonnie Curtis for a speaking engagements, guest appearances, product endorsements and corporate events. Many of those same clients have continued to turn to our speakers bureau as we can easily align Bonnie Curtis’s availability with their upcoming seminar, gala, annual conference, corporate function, and grand opening. Our close relationship with Bonnie Curtis’s booking agent and management team further enables us to provide inquiring clients with Bonnie Curtis’s speaking fee and appearance cost.

If your goal is to hire Bonnie Curtis to be your next keynote speaker or to be the next brand ambassador our celebrity speakers bureau can assist. If Bonnie Curtis’s booking fee is outside your companies budget or your unable to align with his appearance availability, our booking agents can provide you a list of talent that aligns with your event theme, budget and event date.

Bonnie Kathleen Curtis (born March 26, 1966 Dallas, Texas) is an American film producer whose credits include Saving Private Ryan, A.I., Minority Report, and The Lost World: Jurassic Park, directed by Steven Spielberg. Her first solo project was the 2005 release The Chumscrubber. She is a co-recipient of the 1999 Producers Guild Award for Motion Picture Producer of the Year, for Saving Private Ryan. Curtis is a 1988 graduate of Abilene Christian University, where she majored in journalism after graduating from Dallas Christian High School; she is a member of the university's Sigma Theta Chi women's social club. She received the school's Gutenberg Award "for distinguished professional achievement" in journalism. Her earliest production work was on the films Arachnophobia and Dead Poets Society. In 1989 Curtis started working with Spielberg, starting as a production assistant in what has turned out to be a 17-year business relationship. In her professional career, she has worked with a variety of actors, including Morgan Freeman, Anthony Hopkins, Matthew McConaughey, Jude Law, Tom Hanks, Matt Damon, Vin Diesel, Tom Cruise, and Colin Farrell. Her project The Chumscrubber was the subject of an interview granted to The Advocate, in which she discussed the connections she saw between her parents' response to her "coming out" as a lesbian and the disbelieving response of the parents in the film to their children's stories of events and actions in their own lives that seem at odds with their parents' perceptions of them. The interview also discussed her fundraising work with the Gay, Lesbian, and Straight Education Network and her appreciation of Spielberg's support, both personally and politically, in the form of such actions as resigning from the national advisory board of the Boy Scouts of America to decry the group's positions on homosexuality.