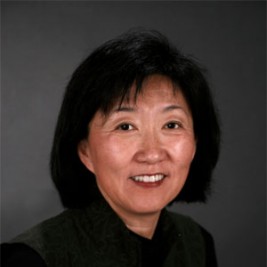 Businesses, Non-profit organizations, event planners and companies across the country have worked closely with our booking agents to hire Angela E. Oh for a speaking engagements, guest appearances, product endorsements and corporate events. Many of those same clients have continued to turn to our speakers bureau as we can easily align Angela E. Oh’s availability with their upcoming seminar, gala, annual conference, corporate function, and grand opening. Our close relationship with Angela E. Oh’s booking agent and management team further enables us to provide inquiring clients with Angela E. Oh’s speaking fee and appearance cost.

If your goal is to hire Angela E. Oh to be your next keynote speaker or to be the next brand ambassador our celebrity speakers bureau can assist. If Angela E. Oh’s booking fee is outside your companies budget or your unable to align with his appearance availability, our booking agents can provide you a list of talent that aligns with your event theme, budget and event date.

Angela E. Oh serves as the Executive Director of the Western Justice Center Foundation, a nonprofit organization that advances peaceful resolution of conflict. She has worked as an attorney, public lecturer, and teacher of Zen meditation. In addition to her job with the WJC, she remains Of Counsel to the Century City law firm of Bird Marella Boxer Wolpert Nessim Drooks &amp; Lincenberg, where her law practice involved monitoring consent decrees, providing mediation services, and training about the laws related to discrimination in the workplace. She continues to be engaged in matters that involve parties interested in resolving their disputes outside of litigation.

In 1992, Oh gained national prominence as a spokesperson and mediating force for the Asian American community during the Los Angeles riots. Thereafter, she was appointed by President Bill Clinton as one of seven Advisory Board Members to the President's Initiative on Race, which was charged with engaging the nation in a dialogue on race relations in the United States of America.

Angela Oh has served in leadership positions on numerous commissions and boards, including as Chairperson of U.S. Senator Barbara Boxer's Federal Judicial Nominations Committee for the Central District of California; a Member of the L.A. City Commission on Human Relations; a Lawyer Delegate to the 9th Circuit Judicial Conference; and Commissioner on the ABA Commission on Women in the Legal Profession.

Oh is a founding member of the National Asian Pacific American Bar Association and a recipient of its Trailblazer Award. She also was a founder of the Multi-Cultural Bar Alliance in Los Angeles. She has received much recognition over the years, including the UCLA Alumni Award for Community Service, the UCLA School of Public Health Alumni Award for Community Leadership, and the UC Davis School of Law's Alumni of the Year Award.

Oh's public lectures and writings reflect the opportunities and challenges that diversity presents. Her lectures have taken her to China, Korea, the Middle East, Northern Ireland, and the United Kingdom. Her teaching appointments have been at UCLA School of Law, UCLA Asian American Studies Department, and UC Irvine School of Social Sciences and Political Science. Oh is also an ordained Priest, Zen Buddhist - Rinzai Sect.