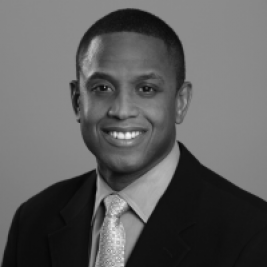 Businesses, Non-profit organizations, event planners and companies across the country have worked closely with our booking agents to hire B.J. Armstrong for a speaking engagements, guest appearances, product endorsements and corporate events. Many of those same clients have continued to turn to our speakers bureau as we can easily align B.J. Armstrong’s availability with their upcoming seminar, gala, annual conference, corporate function, and grand opening. Our close relationship with B.J. Armstrong’s booking agent and management team further enables us to provide inquiring clients with B.J. Armstrong’s speaking fee and appearance cost.

If your goal is to hire B.J. Armstrong to be your next keynote speaker or to be the next brand ambassador our celebrity speakers bureau can assist. If B.J. Armstrong’s booking fee is outside your companies budget or your unable to align with his appearance availability, our booking agents can provide you a list of talent that aligns with your event theme, budget and event date.

B.J Armstrong earned three championship rings with the Chicago Bulls in the early 1990s. A superior three-point shooter with good quickness and passing skills, he was an NBA All-Star in 1994.

Selected by the Chicago Bulls in the first round of the 1989 NBA Draft out of the University of Iowa, the 6'2" Armstrong helped the team return to the Eastern Conference Finals after compiling a 55-27 regular season win-loss total in 1989-90.

The following season he helped them win their first NBA title against the Los Angeles Lakers after winning 61 regular season games. In 1991-92 Armstrong averaged double-digit scoring while coming off the bench behind longtime starter John Paxson to help the Bulls win 67 games and their second straight title.

In 1993, he locked down the starting job, contributing to a 57-25 record and the Bulls' third straight title.

Selected first overall by the Toronto Raptors in the expansion draft in 1995, Armstrong was traded before ever playing a game for them to the Golden State Warriors where he remained for over two seasons.

He was traded to the Charlotte Hornets in late 1997, where he played for parts of two seasons before moving on for one campaign with the Orlando Magic.

He rejoined the Bulls in their post-dynasty rebuilding years in 1999. After retiring in 2000, he was hired as an assistant to Bulls General Manager Jerry Krause.

Having replaced Paxson as the Bulls' starting point guard years before, B.J. was himself replaced by Paxson as heir to the GM job in Chicago when Krause resigned in 2003. B.J. remained with the organization as a scout for a couple of seasons, leaving in 2005. He is currently employed by ESPN as a basketball analyst.