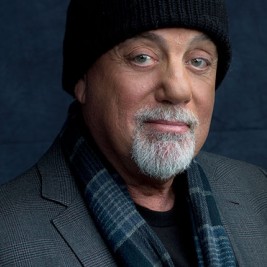 Businesses, Non-profit organizations, event planners and companies across the country have worked closely with our booking agents to hire Billy Joel for a speaking engagements, guest appearances, product endorsements and corporate events. Many of those same clients have continued to turn to our speakers bureau as we can easily align Billy Joel’s availability with their upcoming seminar, gala, annual conference, corporate function, and grand opening. Our close relationship with Billy Joel’s booking agent and management team further enables us to provide inquiring clients with Billy Joel’s speaking fee and appearance cost.

If your goal is to hire Billy Joel to be your next keynote speaker or to be the next brand ambassador our celebrity speakers bureau can assist. If Billy Joel’s booking fee is outside your companies budget or your unable to align with his appearance availability, our booking agents can provide you a list of talent that aligns with your event theme, budget and event date.

Joel had Top 40 hits in the 1970s, 1980s, and 1990s, achieving 33 Top 40 hits in the United States, all of which he wrote himself. He is also a six-time Grammy Award winner who has been nominated for 23 Grammy Awards throughout his career. He has sold more than 150 million records worldwide, making him one of the best-selling artists of all time.

Joel was inducted into the Songwriters Hall of Fame (1992), the Rock and Roll Hall of Fame (1999), and the Long Island Music Hall of Fame (2006). In 2001, Joel received the Johnny Mercer Award from the Songwriters Hall of Fame. In 2013, Joel received the Kennedy Center Honors, the nation's highest honor for influencing American culture through the arts. With the exception of the 2007 songs "All My Life" and "Christmas in Fallujah," Joel stopped writing and releasing pop/rock material after 1993's River of Dreams. However, he continues to tour, and he plays songs from all eras of his solo career in his concerts.