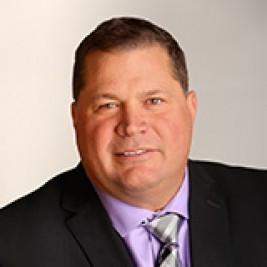 Businesses, Non-profit organizations, event planners and companies across the country have worked closely with our booking agents to hire Bill Maas for a speaking engagements, guest appearances, product endorsements and corporate events. Many of those same clients have continued to turn to our speakers bureau as we can easily align Bill Maas’s availability with their upcoming seminar, gala, annual conference, corporate function, and grand opening. Our close relationship with Bill Maas’s booking agent and management team further enables us to provide inquiring clients with Bill Maas’s speaking fee and appearance cost.

If your goal is to hire Bill Maas to be your next keynote speaker or to be the next brand ambassador our celebrity speakers bureau can assist. If Bill Maas’s booking fee is outside your companies budget or your unable to align with his appearance availability, our booking agents can provide you a list of talent that aligns with your event theme, budget and event date.

Bill Maas was born on March 2, 1962 in Newtown Square, Pennsylvania. He is a former American Football player. He was recognized for his relentless pass rushing ability while playing. He attended his college years in Pittsburgh and was drafted in the year 1984 by the National Football League Draft. He was drafted in round 1 and was picked 5th. He made his debut in that year as well. He was playing as the defensive tackle in his team. He was playing for the Kansas City Chiefs in the year 1984 up to the year 1992 as well as for the Green Bay Packers in the year 1993 and this was actually his last play. He was a two time Pro Bowl selection in the year 1986 and also in the year 1987. He was named in the year 1984 The NFL Rookie of the Year by the Associated Press. He was also selected as All-Pro for two times in the year 1986 and 1987 respectively. In recent times, he is working as a commentator for the Fox Sports Bill. He had spent twelve seasons broadcasting the NFL through Fox Sports. Starting from 1998 up to 2001, he was serving as a studio anchor and game analyst for NFL games. During the last season he reported games for the network. Aside from these careers, he is also an active member of the Kansas City Chiefs Ambassadors where they served charitable organizations.