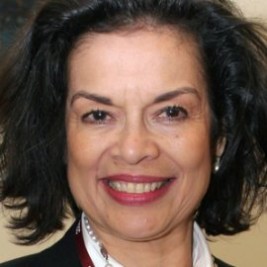 Businesses, Non-profit organizations, event planners and companies across the country have worked closely with our booking agents to hire Bianca Jagger for a speaking engagements, guest appearances, product endorsements and corporate events. Many of those same clients have continued to turn to our speakers bureau as we can easily align Bianca Jagger’s availability with their upcoming seminar, gala, annual conference, corporate function, and grand opening. Our close relationship with Bianca Jagger’s booking agent and management team further enables us to provide inquiring clients with Bianca Jagger’s speaking fee and appearance cost.

If your goal is to hire Bianca Jagger to be your next keynote speaker or to be the next brand ambassador our celebrity speakers bureau can assist. If Bianca Jagger’s booking fee is outside your companies budget or your unable to align with his appearance availability, our booking agents can provide you a list of talent that aligns with your event theme, budget and event date.

Bianca Jagger is a prominent international human rights and climate change advocate. She is the Founder and Chair of the Bianca Jagger Human Rights Foundation, Council of Europe Goodwill Ambassador, Member of the Executive Director's Leadership Council of Amnesty International USA, Trustee of the Amazon Charitable Trust, and on the advisory board of the Creative Coalition

She also served on the Advisory Committee of Human Rights Watch America and the Advisory Board of the Coalition for International Justice. She was a member of the Twentieth Century Task Force to Apprehend War Criminals; a Board member of People for the American Way and the Creative Coalition.

For over 30 years, Bianca Jagger has campaigned for human rights, social and economic justice and environmental protection throughout the world.

For her work in these areas, Jagger has been the recipient of many prestigious international awards, on December 9, 2004 she received the Right Livelihood Award, also known as the "alternative Nobel prize." In 1994, Bianca Jagger was awarded the United Nations Earth Day International Award for "her successful efforts to protect the livelihood of the indigenous peoples of Latin America, stopping the rain forest destruction in Nicaragua and Honduras." She has also received the Amnesty International USA Media Spotlight Award for Leadership, the World Citizenship Award from The Nuclear Age Peace Foundation and the World Achievement Award from Mikhail Gorbachev.

Bianca Jagger was born Bianca Perez-Mora Macias in Managua, Nicaragua in 1950. As a teenager, Ms. Jagger observed the terrors the Somoza National Guard inflicted on the civilian population. She felt powerless, since all she could do was participate in student demonstrations to protest against these massacres. From a young age, she witnessed what John F Kennedy defined as, "the harshest common enemies of man: tyranny, poverty, disease and war." In the mid-sixties, she left her native country armed with a French Government scholarship to study Political Science in Paris. In 1971, she married Mick Jagger.

A year later, she returned to Nicaragua to look for her parents after a devastating earthquake which destroyed Managua, the capital, leaving a death toll of 10,000 people and tens of thousands homeless. Although the country received millions of dollars of relief aid from the international community -- including $60 million from the US government -- thousands were left without medical assistance, food or shelter. Instead, the funds ended up in President Anastasio Somoza's private bank accounts. It was this ruthless act of pillage that eventually fuelled the Sandinista Revolution.

Ms. Jagger joined forces with the British Red Cross to raise funds for the victims of the conflict and flew to Nicaragua to join the International Red Cross and help on the ground. Two years later she traveled to Central America, as part of a US Congressional fact-finding mission to visit La Virtud, a UN refugee camp in Honduran territory close to border with El Salvador. After a frightening encounter with a death squad, she realized the importance of being a witness when innocent people's lives were at stake and how a small act of courage can save lives and make a difference.

During the eighties, Ms. Jagger began her long association with several international human rights organizations, most notably with Amnesty International, Human Rights Watch and the Washington Office for Latin America. In the nineties, as part of her continuing human rights and environmental efforts, Ms. Jagger began to campaign on behalf of indigenous populations in Latin America. She is committed to help save the tropical rain forests of the Western Hemisphere. Her efforts brought her to Nicaragua, Honduras, and Brazil. In 1991 she proved instrumental in stopping a logging concession that would have endangered the Miskito Indians' habitat on the Atlantic coast of Nicaragua. A few years, later Ms. Jagger supported a petition to the Brazilian Federation Courts to demarcate and protect the lands of the Guarani peoples of Brazil.

Throughout the years, she has worked tirelessly to bring light to many causes throughout Latin America, Bosnia, Afghanistan and elsewhere.

Ms. Jagger has written articles for the op-ed pages of the New York Times, the Washington Post, The Dallas Morning News, the Columbus Dispatcher, The Huffington Post, the Observer, The Guardian, The Independent, The Mail on Sunday, The Sunday Express, The New Statesman, the European, Liberation, Le Journal du Dimanche, Le Juriste International and Panorama, to name a few.