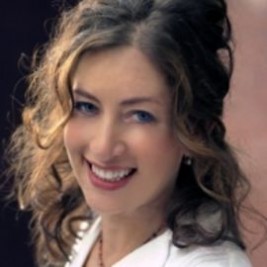 If your goal is to hire Annabelle Gurwitch to be your next keynote speaker or to be the next brand ambassador our celebrity speakers bureau can assist. If Annabelle Gurwitch’s booking fee is outside your companies budget or your unable to align with his appearance availability, our booking agents can provide you a list of talent that aligns with your event theme, budget and event date.

Annabelle Gurwitch first gained a loyal comedic following with her many years of co-hosting the cult favorite Dinner and a Movie on TBS. Besides being a popular television host, she’s the author of two books and a noted television commentator.

For three seasons, Gurwitch trolled through other people’s garbage as the host of “WA$TED” for The Planet Green Network. The Style Channel, Sci-Fi, VH1, ABC and GSN are other networks where she’s helmed shows, including anchoring the award-winning Not Necessarily the News on HBO. Her acting credits include over fifty guest-starring roles on such series as The Cleaner, Dexter, Medium, Boston Legal, and Seinfeld. Her films include: Shaggy Dog, Daddy Day Care and Melvin Goes to Dinner. Her work off-Broadway includes in the title role of Murray Mednick’s Joe and Betty, which garnered her status in The New York Times Top Ten Performances in Theatre of the Year 2002. Gurwitch also has opinionated on a variety of talk shows, most recently on Real Time with Bill Maher, Anderson Cooper 360, The Joy Behar Show, The Wanda Sykes Show, and CNN’s Show Biz Tonite.

People Magazine deemed her latest book, You Say Tomato, I Say Shut Up, co-written with her Emmy award-winning writer husband Jeff Kahn, “…laugh out loud. It's the perfect chaser to Valentine's Day.” You Say Tomato has been adapted into a theatrical play and is currently receiving its second national tour and translated into five languages.

After turning being fired by Woody Allen into her first comedic book, Fired! Tales of the Canned, Canceled, Downsized and Dismissed, Gurwitch reached #1 on The New York Post Hot List. The book carries the message of turning bad experiences in the workplace into opportunities for growth using humor, perspective and a little imagination. Oprah Magazine has called the book and her eponymous documentary, “entertaining and slyly subversive,” while Time magazine featured Gurwitch in their cover story, "Ten Ideas that are Changing the World." The corresponding documentary, Fired! premiered on Showtime Network in 2007 and has been called “smart, funny and poignant” by New York Newsday.

Gurwitch has written for More, Glamour, Marie Claire, Men’s Health, Los Angeles Times, and L.A. Magazine. She is a contributor to three essay anthologies: I’m Not the Biggest Bitch in the Relationship, Note to Self and Rejected. She’s been a regular commentator on NPR, a Nation Magazine humorist and regularly blogs for The Huffington Post and XO Jane.

As an advocate, Gurwitch is a spokesperson for the National Kidney Foundation and is on the advisory board of United Professionals, a non-profit, non-partisan, advocacy group for working people. Recently, Gurwitch starred in the world premiere of Pulitzer Prize-winning playwright Donald Marguiles’ A Coney Island Christmas at The Geffen Playhouse in Los Angeles. She studied theatre and film at NYU and is currently at work on a new comedic memoir, The Best is Yet to Come and Other Lies I Told Myself When I Turned 50, for Penguin, spring of 2014.