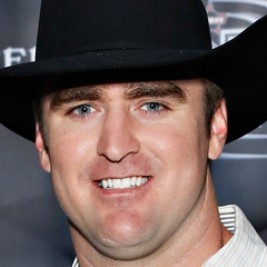 Businesses, Non-profit organizations, event planners and companies across the country have worked closely with our booking agents to hire Bear Pascoe for a speaking engagements, guest appearances, product endorsements and corporate events. Many of those same clients have continued to turn to our speakers bureau as we can easily align Bear Pascoe’s availability with their upcoming seminar, gala, annual conference, corporate function, and grand opening. Our close relationship with Bear Pascoe’s booking agent and management team further enables us to provide inquiring clients with Bear Pascoe’s speaking fee and appearance cost.

If your goal is to hire Bear Pascoe to be your next keynote speaker or to be the next brand ambassador our celebrity speakers bureau can assist. If Bear Pascoe’s booking fee is outside your companies budget or your unable to align with his appearance availability, our booking agents can provide you a list of talent that aligns with your event theme, budget and event date.

Bear Pascoe was born February 23, 1986 and is an American football tight end. He was drafted by the San Francisco 49ers in the sixth round of the 2009 NFL Draft. He played college football at Fresno State.

On December 4, 2009, he was promoted to the Giants active roster. He made his first career catch against the Washington Redskins for 9 yards in Week 15 of the 2009 NFL Season. He was waived during final cuts on September 4, 2010. On September 5, 2010, the Giants re-signed Pascoe to the team's practice squad.

On September 14, 2010 Pascoe was signed from the practice squad to the active roster after Kevin Boss suffered a concussion during the 2010 season opener against the Carolina Panthers.

Pascoe caught his first career touchdown in the 2011-2012 season NFC Championship Game against the San Francisco 49ers who drafted him and and released him. The New York Giants went onto win that game and advance to face the New England Patriots in Super Bowl XLVI. Pascoe became one of two Fresno State alums to win the Super Bowl with the New York Giants following the win over New England.