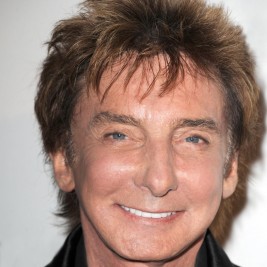 Businesses, Non-profit organizations, event planners and companies across the country have worked closely with our booking agents to hire Barry Manilow for a speaking engagements, guest appearances, product endorsements and corporate events. Many of those same clients have continued to turn to our speakers bureau as we can easily align Barry Manilow’s availability with their upcoming seminar, gala, annual conference, corporate function, and grand opening. Our close relationship with Barry Manilow’s booking agent and management team further enables us to provide inquiring clients with Barry Manilow’s speaking fee and appearance cost.

If your goal is to hire Barry Manilow to be your next keynote speaker or to be the next brand ambassador our celebrity speakers bureau can assist. If Barry Manilow’s booking fee is outside your companies budget or your unable to align with his appearance availability, our booking agents can provide you a list of talent that aligns with your event theme, budget and event date.

Barry Manilow is an American singer-songwriter and producer. He is best known for such recordings as "Mandy", "Can't Smile Without You", and "Copacabana (At the Copa)".

In 1978, five of his albums were on the best-seller charts simultaneously, a feat equalled only by Herb Alpert, The Beatles, Frank Sinatra, Michael Jackson, Bruce Springsteen, and Johnny Mathis. He has recorded a string of Billboard hit singles and multi-platinum albums that have resulted in his being named Radio & Records' No. 1 adult contemporary artist, and winning three straight American Music Awards for favorite pop/rock male artist. Between 1974 and 1983 Manilow had three No. 1 singles and 25 that reached the top 40. Although not a favorite of music critics, several well-known entertainers have praised Manilow, including Sinatra, who was quoted in the 1970s saying, "He's next." In 1988, Bob Dylan stopped Manilow at a party, hugged him and said, "Don't stop what you're doing, man. We're all inspired by you."

As well as producing and arranging albums for other artists, including Bette Midler and Dionne Warwick, Manilow has written songs for musicals, films, and commercials. From February 2005 to December 30, 2009, he was the headliner at the Las Vegas Hilton, performing hundreds of shows before ending his relationship with the hotel. Since March 2010, he has headlined at the Paris hotel in Las Vegas. He has sold more than 80 million records worldwide, making him one of the world's best-selling artists of all time.