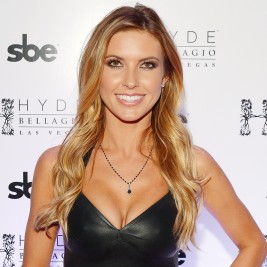 If your goal is to hire Audrina Patridge to be your next keynote speaker or to be the next brand ambassador our celebrity speakers bureau can assist. If Audrina Patridge’s booking fee is outside your companies budget or your unable to align with his appearance availability, our booking agents can provide you a list of talent that aligns with your event theme, budget and event date.

Audrina Patridge is an American television personality, television presenter, actress, and model. In 2006, she rose to prominence after being cast in the reality television series The Hills, which chronicled the personal and professional lives of Patridge and friends Lauren Conrad, Heidi Montag, and Whitney Port. During its production, she was cast in positions with Quixote Studios and Epic Records. As the series progressed, Patridge resumed an on-again/off-again relationship with boyfriend Justin Brescia. Consequentially, it became a central focus of the series, and was carried through each subsequent season. Upon the series' conclusion in 2010, Patridge was established as the only cast member to appear in all six seasons.

Later that year, Patridge competed on the eleventh season of the American version of Dancing with the Stars, and finished in seventh place. In 2011, she was commissioned her own television series, Audrina, which documented the lives of her and her immediate family. However, the series proved unsuccessful ratings and was canceled after airing only one season. Patridge entered the film industry with starring positions in the horror film Sorority Row (2009) and Direct-to-DVD film, Into the Blue 2: The Reef (2011). She was additionally featured as a supporting character in Honey 2 (2011) and Scary Movie 5 (2013), though her scenes were ultimately removed from the latter film. In early 2014, Patridge became the new host of NBC's late night travel show 1st Look.