Search Arthur Blank
Co-Founder of The Home Depot; Owner of the Atlanta Falcons 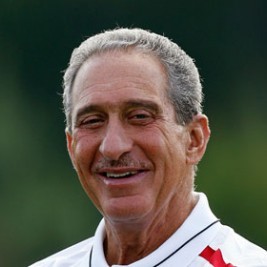 Businesses, Non-profit organizations, event planners and companies across the country have worked closely with our booking agents to hire Arthur Blank for a speaking engagements, guest appearances, product endorsements and corporate events. Many of those same clients have continued to turn to our speakers bureau as we can easily align Arthur Blank’s availability with their upcoming seminar, gala, annual conference, corporate function, and grand opening. Our close relationship with Arthur Blank’s booking agent and management team further enables us to provide inquiring clients with Arthur Blank’s speaking fee and appearance cost.

If your goal is to hire Arthur Blank to be your next keynote speaker or to be the next brand ambassador our celebrity speakers bureau can assist. If Arthur Blank’s booking fee is outside your companies budget or your unable to align with his appearance availability, our booking agents can provide you a list of talent that aligns with your event theme, budget and event date.

Arthur M. Blank was born September 27, 1942 and is an American businessman and a co-founder of The Home Depot. Today he is known for his philanthropy and his ownership of the Atlanta Falcons in the National Football League. In February 2002, Blank purchased the Atlanta Falcons franchise in the National Football League from owner Taylor Smith, the son of team founder Rankin M. Smith, Sr., who took over the team after the elder Smith's death. In September 2004, he bought the Arena Football League franchise, the Georgia Force; he moved the team back to the city of Atlanta after it had spent several years in suburban Gwinnett County. Blank has expressed serious interest in purchasing other Atlanta franchises. In early 2006, he temporarily withdrew from contention as a potential buyer of the Major League Baseball team Atlanta Braves. Some months later, Blank re-entered serious talks with Time Warner and a report indicated that a sale was imminent. However, in February 2007, the Braves completed the sale of the team to Liberty Media. Blank has also spoke of purchasing an expansion franchise in Major League Soccer. Atlanta is currently being considered for MLS expansion.