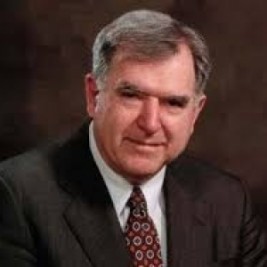 Businesses, Non-profit organizations, event planners and companies across the country have worked closely with our booking agents to hire Arnold Relman for a speaking engagements, guest appearances, product endorsements and corporate events. Many of those same clients have continued to turn to our speakers bureau as we can easily align Arnold Relman’s availability with their upcoming seminar, gala, annual conference, corporate function, and grand opening. Our close relationship with Arnold Relman’s booking agent and management team further enables us to provide inquiring clients with Arnold Relman’s speaking fee and appearance cost.

If your goal is to hire Arnold Relman to be your next keynote speaker or to be the next brand ambassador our celebrity speakers bureau can assist. If Arnold Relman’s booking fee is outside your companies budget or your unable to align with his appearance availability, our booking agents can provide you a list of talent that aligns with your event theme, budget and event date.

Dr. Arnold Relman began his research career in nephrology and electrolyte and acid-base balance while at Yale, and over a period of nearly 30 years he published numerous original research and clinical studies as well as textbook chapters and monographs on these subjects. In 1966 and 1974 he was the co-editor, with F. J. Ingelfinger and M. Finland, of two volumes of Controversy in Internal Medicine. In recent years he has become interested in the health care system and has written widely on the economic, ethical, legal and social aspects of health care. His articles on the "medical-industrial complex" have been widely read.

Dr. Relman has just completed a book on health care reform titled A Second Opinion, which analyzes the development of today’s health care problems and proposes a novel, comprehensive solution. He thinks that reform of the medical insurance system should be coupled with a basic change in the organization and delivery of medical care.

Dr. Relman holds eight honorary degrees from various institutions and has won over a dozen awards and recognitions for his work. Most recently, in 2003, he and Dr. Marcia Angell won the Polk Journalism Prize for their study of the pharmaceutical industry. Dr. Relman is currently working on a book about health care reform.